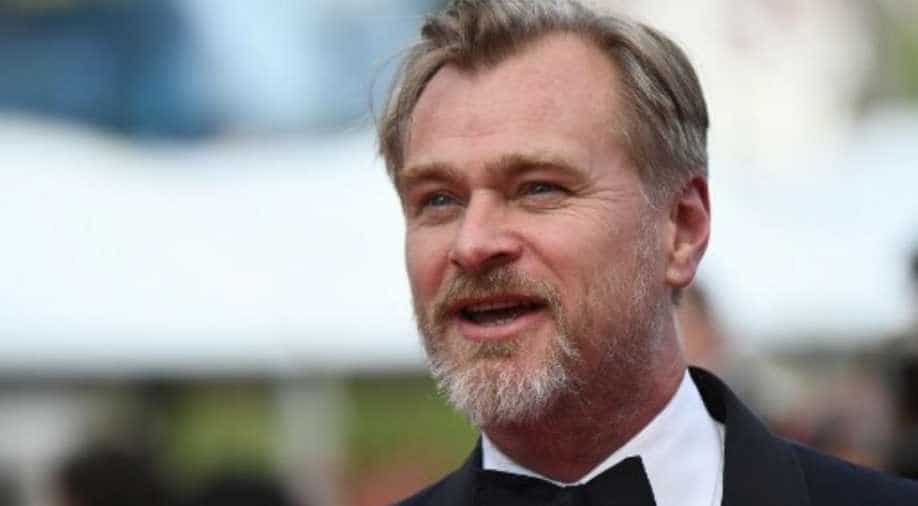 British director Christopher Nolan poses as he arrives on May 13, 2018 for the screening of a remastered version of a film at the 71st edition of the Cannes Film Festival in Cannes, southern France. Photograph:( AFP )

Theaters are starting to reopen worldwide since going dark in mid-March to help slow the spread of the novel coronavirus.

Theaters are starting to reopen worldwide since going dark in mid-March to help slow the spread of the novel coronavirus. Cinema operators hope "Tenet" and other blockbusters will help create a late-summer rebound.

The "Tenet" release date announced Friday is two weeks later than the previously planned July 17 debut. But Warner Bros., a unit of AT&T Inc, confirmed that one of the year's most highly anticipated movies will not face a longer delay as many in Hollywood feared.

"Tenet" is a big budget, science-fiction spy movie starring John David Washington and Robert Pattinson from the British director of hits like "The Dark Knight Rises" and "Inception." Little has been revealed about the plot.

"We're especially thrilled, in this complex and rapidly changing environment, to be bringing Christopher Nolan’s 'Tenet,' a global tentpole of jaw-dropping size, scope and scale, to theaters around the world on July 31," Warner Bros. Picture Group Chairman Toby Emmerich said.

"It's been longer than any of us could’ve imagined since we’ve seen a movie on the big screen," Emmerich added.

Studios need as many locations open as possible to make back their investments in big-budget movies. Theater attendance will be limited to enforce social-distancing requirements, and it is unclear how comfortable audiences will be to return to cinemas.

Large theater operators including AMC Entertainment Holdings and Cineworld Group Plc have said they expect most of their locations worldwide to be open in July.