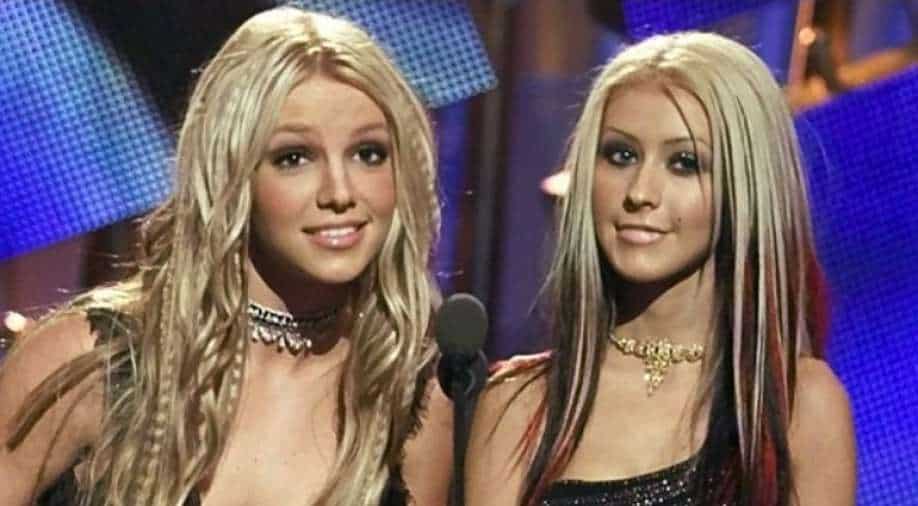 Christina  Aguilera's interview comes just two months after the singer dodged a question about Spears during an interview on the Latin Grammy Awards red carpet.

Aguilera was promoting her new Spanish EP `La Fuerza` on Friday when she was asked about Spears and whether she`d be interested in speaking with her in the future if she had the opportunity."I would love to. I would always be open to that," the singer said while addressing the question. The singer added that she is "so happy" for Spears following the November dismissal of her conservatorship. She also admitted why she`s been hesitant to speak about the pop star in the past.

"It`s a subject that I definitely want to be careful of because I never want to speak out of [turn] about somebody that I have so much respect and admiration for," she added."But I`m so happy. As I`ve said before actually and stated, I couldn`t be happier for her. Every woman deserves to feel empowered and to own that for themselves however they see fit," the singer further said.

Aguilera`s interview comes just two months after the singer dodged a question about Spears during an interview on the Latin Grammy Awards red carpet.

At the time, when a reporter asked Aguilera if she`s made any contact with Spears, Aguilera appeared to look back at a handler next to her, who quickly chimes in, "We`re not doing that tonight, I`m sorry, thank you though, bye." Aguilera then replied, "I can`t but I`m happy for her."Spears reacted to the moment on her Story and seemed caught off guard by Aguilera`s apparent silence on the matter."I love and adore everyone who supported me...but refusing to speak when you know the truth, is equivalent to a lie !!!!."

Spears and Aguilera rose to fame together as child stars on Disney`s `The Mickey Mouse Club`, on which they co-starred from 1993-1994. As teenagers, they both catapulted to international superstardom at the same time, when female pop singers were rising in the age of `90s boy bands, alongside Mandy Moore and Jessica Simpson.

Following Spears` bombshell testimony in June 2021 about what she endured during her 13-year-old conservatorship, Aguilera lent her support to Spears by posting a statement, which said, in part, "These past few days I`ve been thinking about Britney and everything she is going through...It is unacceptable that any woman, or human, wanting to be in control of their own destiny might not be allowed to live as they wish."

Spears was first placed under conservatorship in 2008 with her father, Jamie Spears, overseeing his daughter by the terms of the court-ordered arrangement.