Chris Rock takes a sly dig at Amber Heard, says 'Believe All Women, Except her' 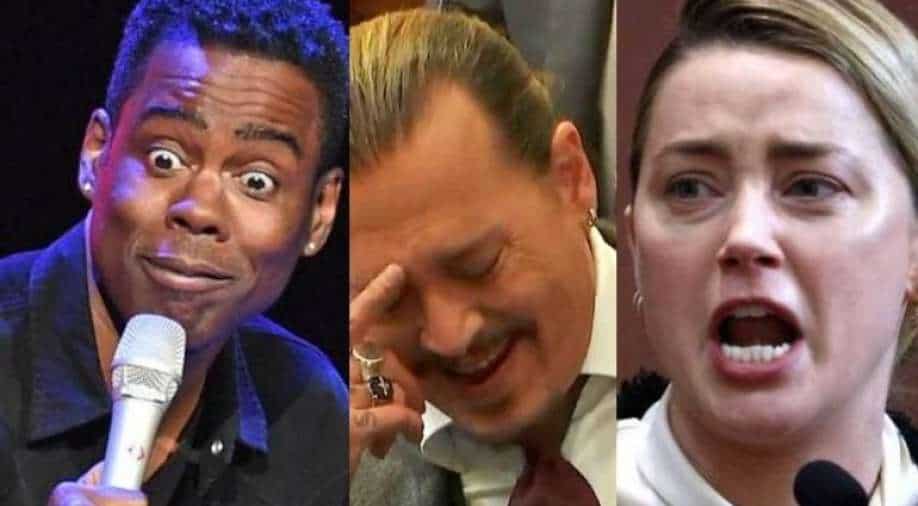 Last month, during the testimony, Johnny Depp shockingly claimed that he discovered human faeces on his side of the bed.

Chris Rock is on Johnny Depp's side? Weeks after his infamous Oscar slap, the comedian recently took the stage and yet again he's again on the headline for his witty remark on Amber Heard and Johnny Depp's much-publicised defamation case.

As part of his Ego Death tour, the 57-year-old comedian took the stage in London where he jokingly reacted to the ongoing court case.

During their trial, the ex-couple made a slew of shocking revelations and among all - one which took the world's attention was Johnny's allegation that Amber or one of her friends defecated on his side of the bed.

Now reacting to the same, (as per LADBible), Rock reacted to the ongoing awry defamation case while he was talking about cancle culture, he said during his show at Royal Albert Hall, as per LADBible, “Believe all women, believe all women… except Amber Heard… What the f**k is she on? She s**t in his bed! She’s fine but she’s not s******g fine.''

“She s**t in his bed. Once you s**t in someone’s bed you just guilty of everything,'' the comedian added.

Last month, during the testimony, Depp shockingly claimed that he discovered human faeces on his side of the bed, a day after Amber's birthday party at their Los Angeles home where he showed up late, which angered Amber.

Meanwhile, Amber has denied defecating on Johnny's bed by saying it was done by one of their dogs.