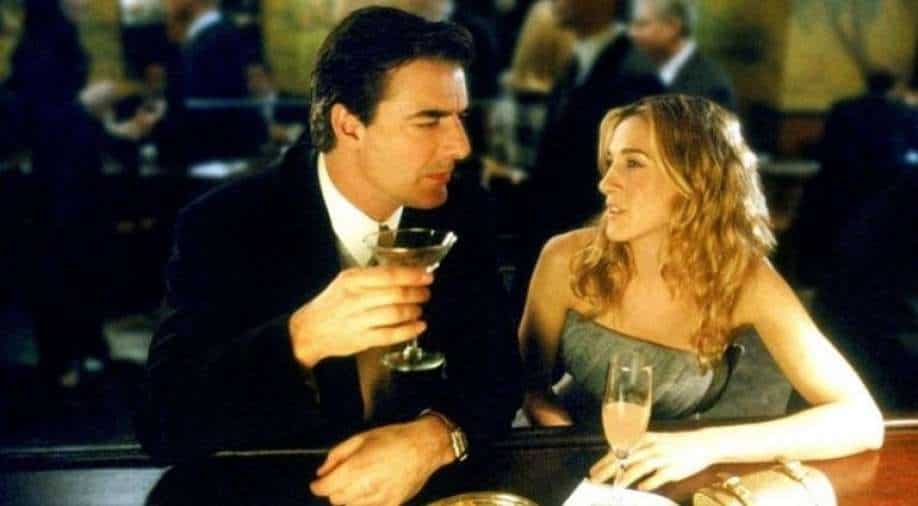 Chris Noth is best known for playing womanizer Mr. Big in the 'Sex and the City' series Photograph:( Twitter )

Chris Noth was scheduled to have a cameo appearance in the finale of the 'Sex and the City' reboot show.

Actor Chris Noth, who is in the middle of raging sexual assault allegations, will not be appearing in the season finale of HBO Max's 'And Just Like That'.

Noth was scheduled to have a cameo appearance in the finale of the 'Sex and the City' reboot show.

As per People magazine, the series will stream its final episode of the season on February 3 this year. Noth's character, Mr Big, was killed off in the first episode of `And Just Like That` after he suffered a heart attack while riding a Peloton. He was supposed to appear in a fantasy sequence in the finale episode.

In October, Parker and her former on-screen love interest Noth were photographed filming 'And Just Like That' in Paris.

They were seen filming on the Passerelle des Arts, which is a bridge that crosses over the River Seine. Shortly after Noth's character was killed off in `And Just Like That`, multiple women accused the actor of sexual assault.

The first two allegations appeared last month in a story published by The Hollywood Reporter. Both women shared similar accounts of how he allegedly raped them, but Noth, who has been married to Tara Wilson since 2012, refuted the claims. He said both interactions were "consensual."

"The accusations against me made by individuals I met years, even decades, ago are categorically false," he said in a previous statement.

He added, "These stories could've been from 30 years ago or 30 days ago -- no always means no -- that is a line I did not cross. It`s difficult not to question the timing of these stories coming out. I don't know for certain why they are surfacing now, but I do know this: I did not assault these women."

A third woman later accused him of sexual assault in a Daily Beast report and Noth, again, denied the allegation.

"The story is a complete fabrication, and the alleged accounts detailed throughout reading like a piece of bad fiction," a rep for Noth said in December." As Chris stated yesterday, he has and would never cross that line," the rep added.

The fourth allegation came from singer Lisa Gentile who accused the actor of raping her at her apartment in 2002, claiming the actor said he`d "ruin my career" if she "ever told a soul about what happened."

In response to all the allegations, Parker as well as 'And Just Like That' costars Cynthia Nixon and Kristin Davis spoke out in a joint statement."We are deeply saddened to hear the allegations against Chris Noth," the trio`s statement read.

The statement continued, "We support the women who have come forward and shared their painful experiences. We know it must be a very difficult thing to do and we commend them for it."