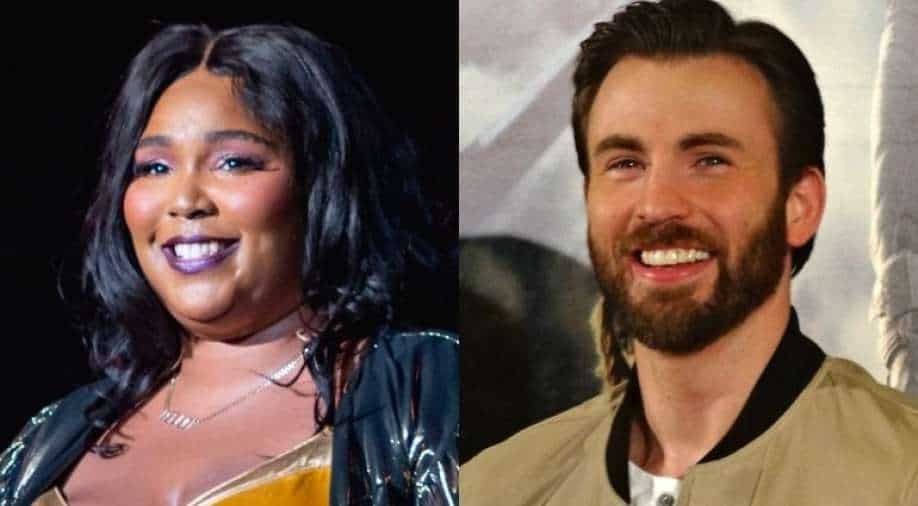 The 32 year old singer had posted a TikTok video that included a screenshot of the DM, which consisted solely of a string of emojis: the dash emoji, the woman-playing-handball emoji, and the basketball emoji.  She sent it at 5:22 pm.

A day later,  Lizzo followed it up with another TikTok video showing her fans that the 39-year-old 'Knives Out' star had replied to her text with a cheeky reply.

In the new video, Lizzo could be seen with her hand on her forehead as she slid her face down to unveil Chris' message and show that he currently follows her on Instagram.

The actor's message was a direct reference to his infamous NSFW social media guffaw from September 2020.

“The reason I’m upset about this one is because I know I’m not gonna be able to marry him, and honestly, it hurts me to the core,” Lizzo had mouthed in the first video, lip-synching to audio by TikTok star Tatayanna Mitchell. “Because damn papa, he a rare breed, no comparing. Like, Chris—”

The singer has in the past made it clear that she is a fan of Chris Evans and even proposed to the actor in June 2019. Evans returned the love last January when he and some famous friends performed her 2017 sleeper hit 'Truth Hurts' as spoken word for W.