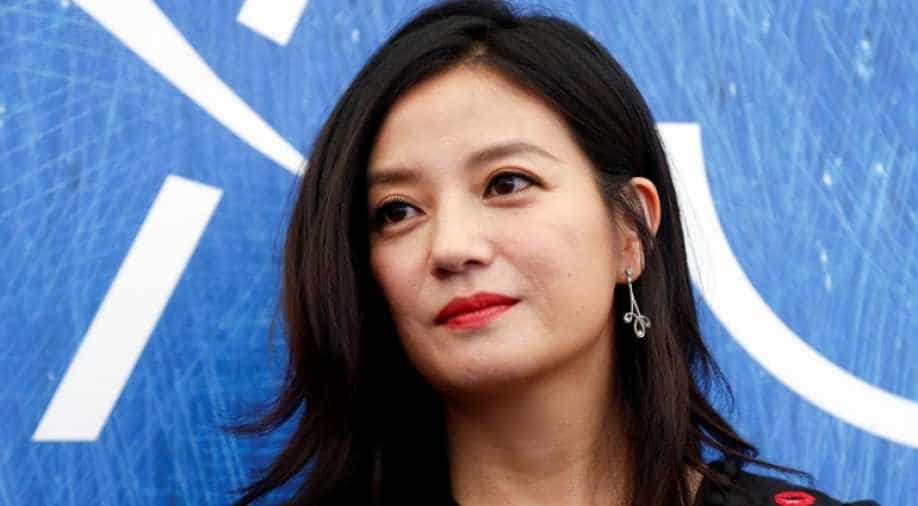 Billionaire Chinese actress Zhao Wei and her husband have been barred from taking on key positions at listed companies for five years for violating securities regulations, the Shanghai Stock Exchange said on Tuesday.

The exchange`s announcement comes more than a month after another Chinese actress Fan Bingbing came under fire for failing to pay millions of dollars in taxes and fines.
On Tuesday, the exchange said Zhao and her husband Huang Youlong, as well as several other former executives of Tibet Longwei Culture Media and Zhejiang Sunriver Culture Co Ltd, were unfit to be directors, supervisors and senior executives of listed companies.

They will not be allowed to assume these positions for five years, the exchange said.

Zhejiang Sunriver, Tibet Longwei, Zhao and Huang were all not immediately available for comment.

In late 2016, Tibet Longwei, controlled by Zhao and Huang, made a failed attempt to buy a 29.1 percent stake in Zhejiang Wanjia, which was later taken over by another investor and renamed Zhejiang Sunriver Culture.

Longwei`s bid had then drawn the scrutiny of the China Securities Regulatory Commission regarding information disclosure and its ability in financing takeovers as there were misleading statements and major omissions in the filings.

In November 2017, China`s securities regulator fined and barred Zhao, who became a household name in China for starring in popular TV dramas, and Huang from trading in the mainland stock market for five years due to the takeover case.

"Due to the celebrity effect, Tibet Longwei has severely misled the market and its investors. This has seriously disrupted normal market operations and order," the exchange said on Tuesday.

Zhao and Fan`s cases have prompted the Chinese government to crack down on celebrity hype.

In November, state media quoted the National Radio and Television Administration as saying that Chinese broadcasters and online entertainment sites should avoid celebrity hype and crack down on fake audience and click-through rates.