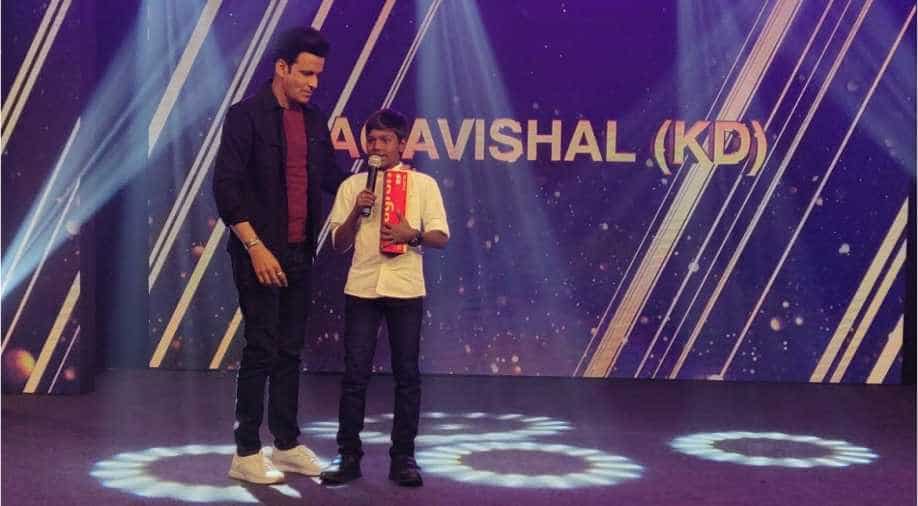 The film ‘KD’ also premiered at the festival in Mumbai where it garnered a lot of love and appreciation from critics and film buffs.

Nagavishal had a tough fight as he was pitted against some of the biggest names in the industry such as Ranveer Singh, Aayushman Khurana and Vicky Kaushal who were also nominated in the same category.

The film ‘KD’ also premiered at the festival in Mumbai where it garnered a lot of love and appreciation from critics and film buffs.

After his win, the child actor said, “It is so exciting to win an award for my very first film. Its very generous of the jury to find me deserving of this award and I would like to thank everybody, especially my director – Madhumita, who held my hand in this journey and guided me to give my best. This will be one of my most special moments in my life”

Written and directed by Madhumita Sundaram, ‘KD’ revolves around the life of an 80-year-old villager Karuppadurrai, who after losing three months of his life in a coma finds himself lost and abandoned. Escaping from a family who wants to euthanize him, he bumps into 8-year-old Kutty, an orphan who is fiercely independent. The boy gives Karuppadurai a new lease of life as they set out on an eventful road trip to complete the octogenarian’s bucket list. During this small trip of theirs, both Kutty and KD – divided by age, but bound by a sense of renewed purpose, find solace and meaning in their existence.

Director Madhumita Sundaram on the film festival said, “It was refreshing to see the kind of films that the Jagran jury had chosen to give the awards to. An eight year old boy winning best actor amongst such accomplished actors like Ranveer Singh, Ayushman Khurana and Vicky Kaushal is unheard of. It is indeed a special moment in Nagavishal's life since KD is his first film and to win an award from the esteemed actor Manoj Bajpayee is a blessing. When I asked him if he knew the other actors he was nominated with, his response was ‘Are they as popular as Vijay and Ajith from South?’ That is the innocence of that child.”

The film was produced by Yoodlee Films.

Siddharth Anand Kumar, Producer at Yoodlee Films said, “We are happy to see our film being appreciated from all quarters. Nagavishal’s win is a timely validation of this young actor’s potential talent. Good content backed with great talent will always find appreciation with the audience. We believe that in ‘KD’, we have just got the right mix of things.”