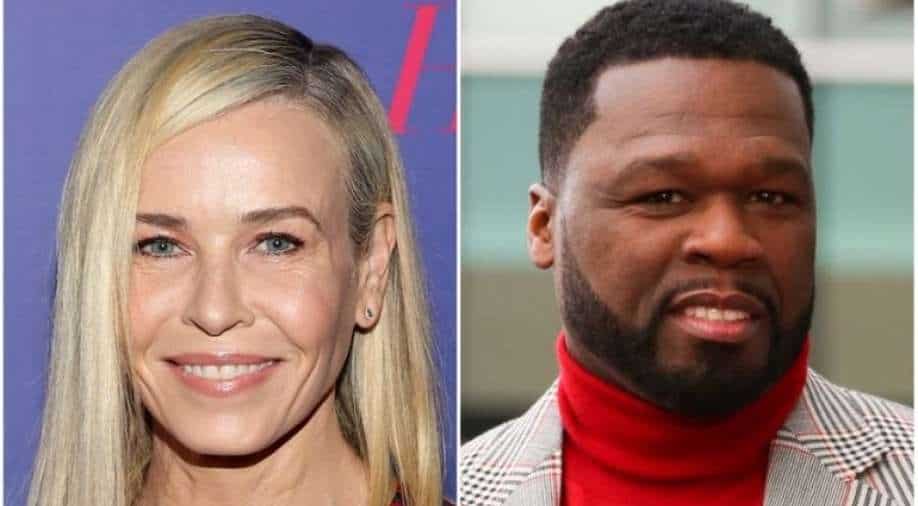 Earlier this week rapper 50 Cent took to Instagram to urge fans to 'vote for Trump' after learning about some of the numbers associated with Trump opponent Joe Biden's tax plan.

Chelsea Handler is offering to pay 50 cents taxes provided he changes his political stand on the upcoming US presidential elections.

The 45-year-old hip-hop mogul shared an image from a news broadcast stating that New York City would be taxed at a rate of 62% if Biden came to power. The Democratic candidate later clarified that such percentages will only apply to those making $400,000 or more per year.

Handler,  who had once dated the rapper briefly 10 years ago, commented on his tweet and said, "You used to be my favorite ex-boyfriend."

"Oh my God this is effecting (sic) my love life now," 50 Cent responded.

"@chelseahandler I love ya Gator, don’t let Trump and Joe Biden come between us girl."

Handler then offered to pay the rapper's taxes provided he reconsidered his support for the current US president.
"Hey f--ker! I will pay your taxes in exchange for you coming to your senses. Happily! Black lives matter. That’s you, f--ker! Remember?" Handler tweeted.

In an appearance at 'The Late Late Show' last year, 50 Cent revealed that he'd turned down a half-million-dollar offer to appear at Trump's 2016 inauguration.