'Chehre' director Rumi Jaffrey: The best companion on the sets is a producer who sees your vision 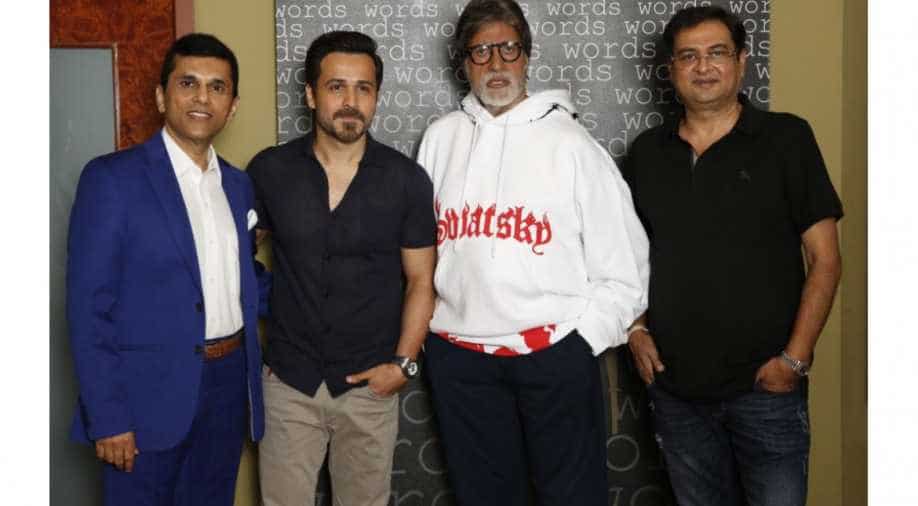 ‘Chehre’ is a mystery thriller with Amitabh Bachchan and Emraan Hashmi in key roles.

Amitabh Bachchan and Emraan Hashmi’s ‘Chehre’ has now wrapped up shooting and producer Anand Pandit cannot stop praising director Rumi Jaffrey for it. The duo is said to be very happy with the timely completion of the shooting schedule as both applaud each other’s work and support.

In the course of directing ‘Chehre’, Rumi discovered that Anand has a great understanding of audience demands and the importance of giving a director complete control over the project.

On the same Rumi said, "For a director, the best companion on the sets is a producer who sees his vision. Anand Bhai has not just understood my vision for Chehre but enhanced it several fold. His presence on the sets was very reassuring.”

Rumi further added, “The best thing I like about Anand Bhai is that he is a team player, unlike any other producer I have worked with. A producer who believes creativity must come before box office."

‘Chehre’ is a mystery thriller with Amitabh Bachchan and Emraan Hashmi in key roles. Catch a glimpse of Emraan's look from the film.