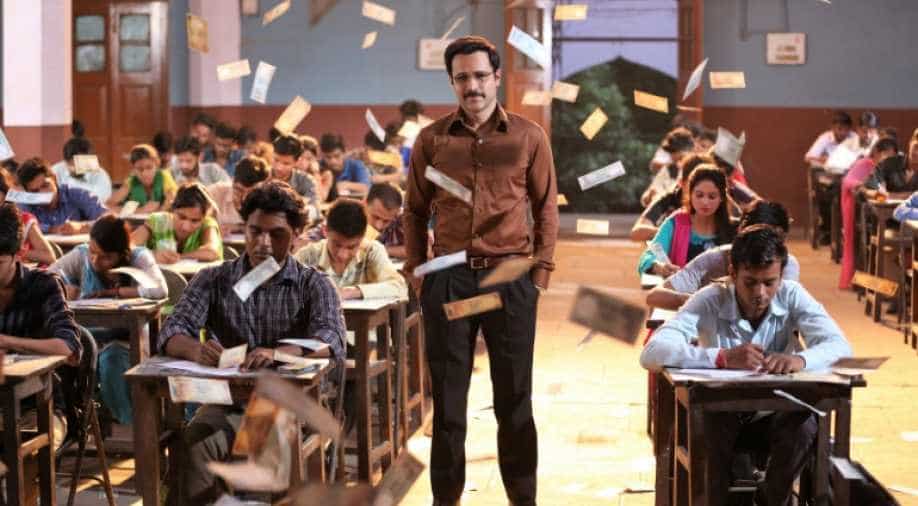 Hashmi had stated in an interview that the film was a first-of-its-kind for him, besides being topical and relevant for students and parents.

The teaser of Emraan Hashmi starrer 'Cheat India' is finally out. The film attempts to bare the malpractices in India's education system and presents Hashmi in a completely new avatar.

Earlier this week, the makers released the ‘Cheat India’ poster, which had Emraan Hashmi’s face stitched together by an assortment of exam admission cards and rupee notes. The intriguing creative led to endless speculation about his character in the film.

Hashmi had stated in an interview that the film was a first-of-its-kind for him, besides being topical and relevant for students and parents. It's controversial tagline, ‘Nakal Mein Hi Akal Hai’, clearly points towards the rampant malpractices in the country’s financially lucrative education sector.

Produced by Bhushan Kumar’s T-Series, Tanuj Garg and Atul Kasbekar’s Ellipsis Entertainment, and Emraan Hashmi Films, 'Cheat India' is due for a world release on January 25, 2019.