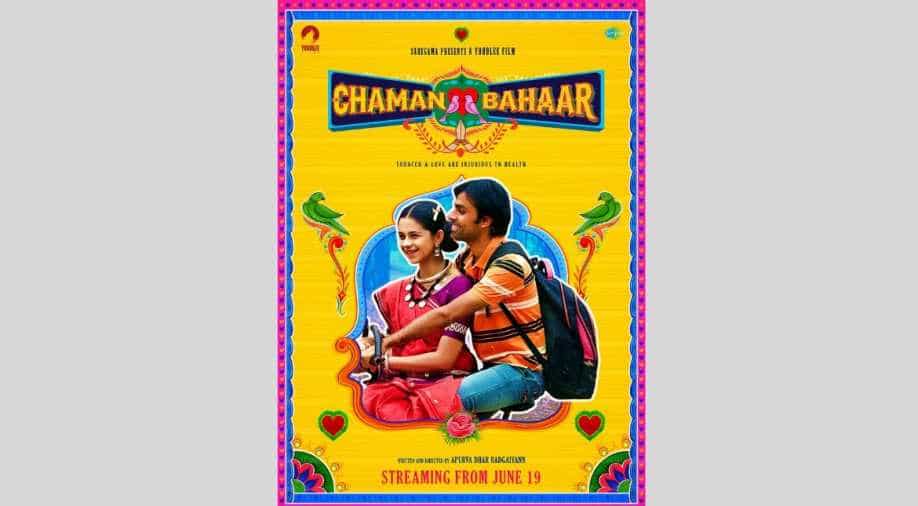 Set in a quintessential burgeoning small town in the heart of India, ‘Chaman Bahaar’ is a story of unrequited love and the various interpersonal dynamics that come into work with its central players.

With their last release Axone creating waves on the OTT circuit, Yoodlee Films’ is all set to release their next, ‘Chaman Bahaar’ on June 19. The film stars Jitendra Kumar of the fame ‘Panchayat’, ‘Shubh Mangal Zyaada Saavdhan’ and Ritika Badiani -- both favorites with digital audiences.

Set in a quintessential burgeoning small town in the heart of India, ‘Chaman Bahaar’ is a story of unrequited love and the various interpersonal dynamics that come into work with its central players.

Anchored in Raipur, Chaman Bahaar follows Billu (Jitendra Kumar),  a young ambitious boy who sets up a paan shop to a floundering start. His fortunes start to change dramatically when a family shifts in the house across the road. The collective object of affection of hordes of boys from the bustling town is the young teenage girl from the family. They all set up an 'adda' at Billu's shop. His business flourishes tremendously but Billu is now more unhappy than ever, as he himself has fallen head-over-heels in love with this girl. Now Billu has to carefully navigate through the bunch of lovers who hang around and get a chance to express his feelings to this girl.

Playing the role to the hilt, Jitendra says, “This is a layered character –  torn between love and commerce, Billu struggles to express his feelings for this girl, and yet find ways to keep the other quintessential road-side Romeos on bay. It has nuances and an arc that was a delight to explore in the film. I am eager to see the response of audiences all over for this film.

For  Apurva Dhar Badgaiyann, Chaman Bahaar is the first feature film he directed and is one that he relates to deeply. He said, “I have grown up in many small towns because of the nature of my father’s job. The cool thing about smaller towns is that they are filled with quirky and colourful characters. When I moved out of Chattisgarh I developed an outsider’s perspective to my own people and that made tapping the milieu and its inhabitants easier. The difficult part was the plot to crack which was enabled at the right time when a friend of mine one day narrated a real-life incident. For me, this is an interplay of interesting characters I might have encountered in my life, who all live in this upcoming small town, all trying to find their place in the sun in a way. it’s a personal film and I have tried my best to make it a fun ride for the audience.”

"Its a very special role. The role demanded that I establish a strong connect without saying much. I was very particular about my body language, gestures, and expressions so that my character got portrayed correctly. What really helped was my co-star Jitendra Kumar who made it so much better because as an actor he is extremely enthusiastic and gives it his 100 per cent. Professionally as well as personally, I have learnt a lot from him," says actor Ritika Badiani.

‘Chaman Bahaar’ which also stars Bhuvan Arora, Alam Khan, Dhirendra Tiwari, and  Ashwani Kumar, will be available for streaming from June 19 on Netflix.