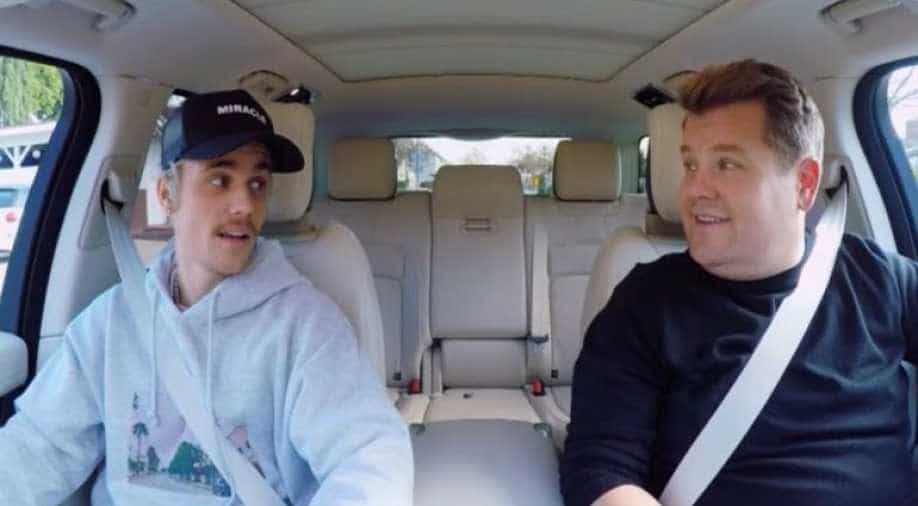 During the segment, Bieber also spoke about his decision to challenge Tom Cruise to fight on Twitter last year.

Justin Bieber is a 'Friends' fan! The singer recently appeared in the 'The Late Late Show's' 'Carpool Karaoke'segment and while speaking to host James Corden about his wife Hailey Baldwin, Bieber stated that how the two love to binge-watch TV shows 'House' and 'Friends' when they are free.

Corden then asked Bieber which 'Friends' character does he resemble the most to which Bieber said, "I think I'm a mix of all of them."
"Ross is like the super-sensitive one, and I'm very sensitive. So then Chandler's also super-sarcastic and witty. I'm not gonna give myself compliments, but I'd like to say I'm a little witty."

Bieber even gave his best impression of Joey's catchphrase, "How you doin'?"

Corden then suggested Bieber perform Phoebe's famous song 'Smelly Cat' during his upcoming tour and almost on cue the singer started singing it with Corden joining in. After signing the original version of the tune, Bieber and Corden gave it their own twist and added a faster beat.

this clip of @justinbieber singing "smelly cat" is - and I cannot stress this enough - a masterpiece. #LateLateBieber pic.twitter.com/CryvEkGIXP

The singer kicked off the car ride by singing 'I Don't Care'- a song which he sang with Ed Sheeran.

During the segment, Bieber also spoke about his decision to challenge Tom Cruise to fight on Twitter last year.

"I was just being stupid," said Bieber. "Then people were like, 'Yeah, I want to see this happen.' And I was like, 'You know what? That could actually be funny.' I would've done it."

When Corden admitted that he would take the 'Top Gun'actor's side if Bieber and him ever fought, the singer said, "there's absolutely no way"  that the actor could beat him because "he's not the guy you see in movies."

The singer also opened up about his decision to sing 'One Less Lonely Girl' for wife Hailey  Baldwin at their wedding. Corden explained that the singer used to pick someone from the audience whenever he would perform the song in his earlier tours, and Bieber would always end the performance by giving a rose to the fan. So it made sense to sing it for the love of his life on their wedding day.