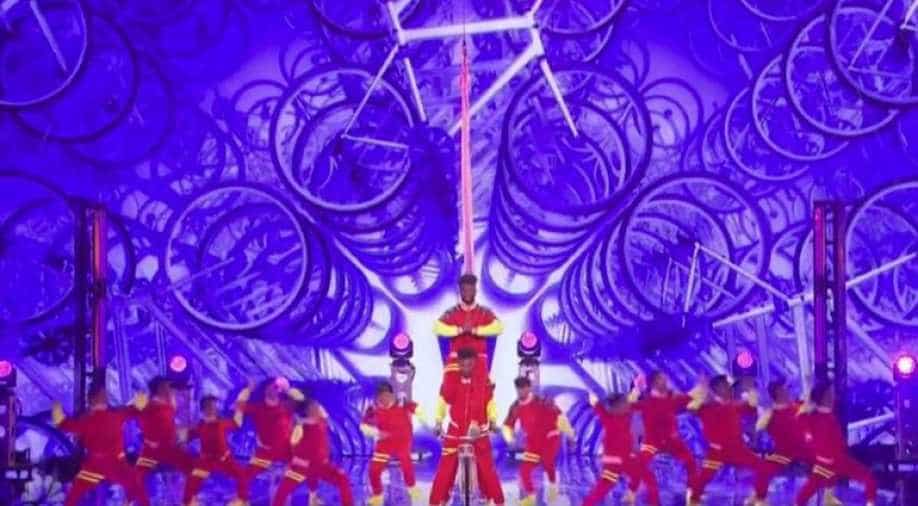 The dance crew which comprises of several street kids, performed to Rajinikanth's song 'Marana Mass' from the movie 'Petta' complete with mind-numbing stunts, flips and more.

They may have finished fourth in 'America's Got Talent', but Indian dance group V Unbeatable is creating a storm in the US in 'America’s Got Talent: The Champions Season 2'. The group's recent performance at the show finale had everyone- audience as well as the judges- gasping for more.

The dance crew which comprises of several street kids, performed to Rajinikanth's song 'Marana Mass' from the movie 'Petta' complete with mind-numbing stunts, flips and more. The group used cycles as props and their energetic performance got them a standing ovation from the crowd as well as the judges.

The judges were left stunned with their awe-inspiring performance. Howie Mandel called their act, “The best act that has graced the stage of any talent show.” He added, “You people have more passion and dedication than any of the groups I have ever seen. I look into your eyes, and it is like your life is at stake. The world has opened up to you, and you have opened up the world to us.”

This is BY FAR the BEST act that has ever graced any of the stages on any talent show. @v_unbeatable brings more passion and dedication than ANY group I’ve ever seen. I hope they WIN! #AGTChampions pic.twitter.com/IwUmX1ZLlK

Celebrity judge Simon Cowell said, “A part of the appeal for me is that you are not a professional act. You are just regular guys and girls who have got together and have done something remarkable. The fact that you had so little time to prepare, it makes it even more amazing."

The show 'America’s Got Talent: The Champions' brings previous winners of AGT which have been favourites of the judges as well as the audience.