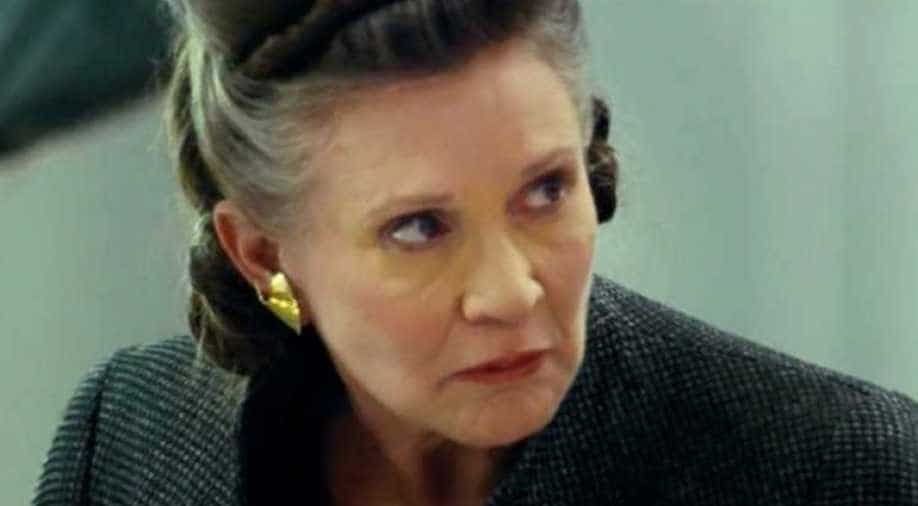 Fisher`s family had approved previous footage of her being used for Episode IX, titled `The Rise of Skywalker` last summer.

Late actress Carrie Fisher who played Leia for the last time in `Star Wars: The Rise of Skywalker` is the "heart" of the final installment in the Skywalker saga, said director JJ Abrams during D23`s Walt Disney Studios panel on Saturday.

"The character of Leia is really, in a way, the heart of this story. We realized we could not possibly tell the end of these nine films without Leia. We realized that we had footage from Episode VII, and we could use it in a new way," Variety quoted Abrams.

Fisher had already completed shooting her role in `The Last Jedi` when she died on December 27, 2016.

Fisher`s family had approved previous footage of her being used for Episode IX, titled `The Rise of Skywalker` last summer.

"As we, her family, as well as her extended family of fans around the world so believe, Carrie`s Princess Leia is forever entrenched in the franchise and her indelible presence is fundamental to the film," Fisher`s brother Todd said in a statement at the time."

JJ Abrams understood Carrie`s iconic role, and he has masterfully re-crafted this final entry to include this unused and very last footage of Carrie ever taken, without resorting to CGI or animatronics," Todd added.