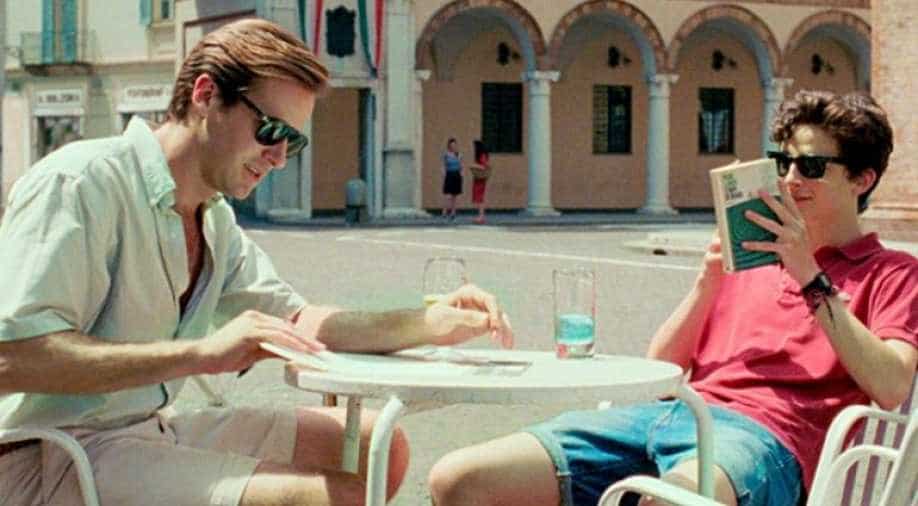 A still from 'Call Me By Your Name' Photograph:( Twitter )

For those who loved 'Call Me By Your Name' here's something to cheer them up. The film's director Luca Guadagnino confirmed that its cast will be reuniting for a sequel

For those who loved 'Call Me By Your Name' here's something to cheer them up. The film's director Luca Guadagnino confirmed that its cast will be reuniting for a sequel.

The confirmation about the sequel was given by Guadagnino to an Italian newspaper La Repubblica.

The film features Timothee Chalamet and Armie Hammer as the lead duo.The novel on which 'Call Me by Your Name' is based also has a sequel, titled 'Find Me,'  featuring the same characters. It takes place 10 years after the original story.
"Of course, it was a great pleasure to work with Timothee Chalamet, Armie Hammer, Michael Stuhlbarg, Esther Garrel and the other actors. Everyone will be in the new movie," Guadagnino said to the newspaper.

While Chalament portrayed the role of a 17-year-old student Elio Perlman in the film, Hammer is seen as a graduate student named Oliver who works under Elio`s father.In the first installment of the film, Elio and Oliver are seen growing close to each and other before finally falling in love but separating at the end of the film.

Although, the director is quite certain about the production of a sequel to the film, the shoot of the film is currently on hold amid the shutdown prompted by the coronavirus outbreak.

"Before coronavirus, I made a trip to the United States to meet a screenwriter I love very much, whose name I don`t want to say, to talk about the second part. Unfortunately, we had to put it on hold," the filmmaker said.

The critically acclaimed film `Call Me By Your Name` has been a recipient of four Oscar nominations while its writer James Ivory received the award in the best-adapted screenplay category.