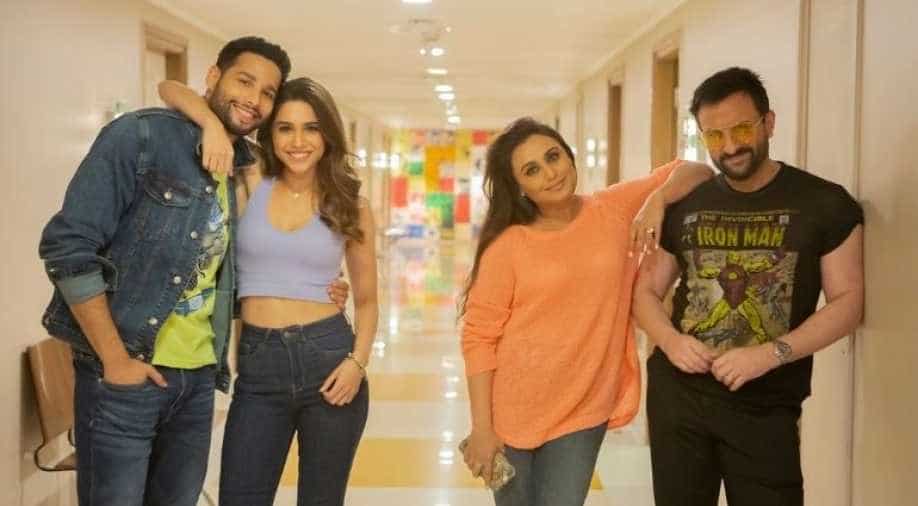 The release date of Aditya Chopra`s upcoming Bollywood production `Bunty Aur Babli 2` has been postponed due to a rise in COVID-19 cases.

The new release date will be announced later by the makers.Indian film critic and trade analyst Taran Adarsh confirmed the news on Twitter on Thursday. He tweeted, "#BreakingNews: #BuntyAurBabli2 - which was scheduled to release in *cinemas* on 23 April 2021 - has been postponed.. #YRF will announce the new release date later. #SaifAliKhan, #RaniMukerji, #SiddhantChaturvedi #Sharvari."

#BreakingNews: #BuntyAurBabli2 - which was scheduled to release in *cinemas* on 23 April 2021 - has been postponed... #YRF will announce the new release date later. #SaifAliKhan, #RaniMukerji, #SiddhantChaturvedi #Sharvari pic.twitter.com/nBsSw5swch

In what is being dubbed as the second wave of COVID-19, new restrictions and lockdowns are being implemented in certain parts of the country, most notably in Maharashtra. Owing to this, `Bunty Aur Babli 2` producer Aditya Chopra has decided to postpone the release of the film.`Bunty Aur Babli 2`, produced by Yash Raj Films, was earlier set to release on April 23.

'Bell Bottom' to '83': List of Bollywood films you can finally watch in theatres this year

Saif and Rani were a blockbuster jodi as they delivered big hits like `Hum Tum` and `Ta Ra Rum Pum` and were celebrated as a pair to watch out for given their infectious chemistry.