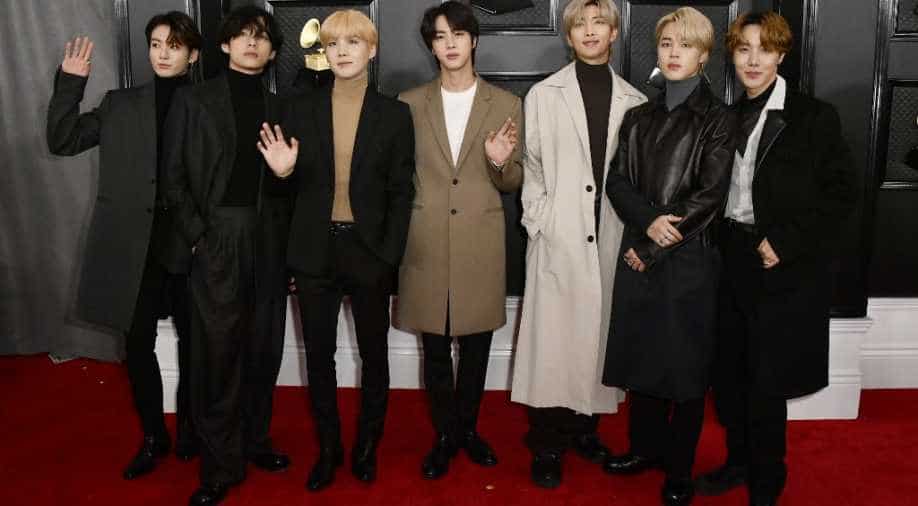 The popular boy band shared the news on V LIVE, a Korean live stream broadcasting app, saying that they "wanted to share some positive energy" amid the coronavirus pandemic.

Popular K-pop group BTS is known for its Korean hits. The band though are stepping out of their comfort zone to release a new single in English for their fans, who like to call themselves ARMY.

The popular boy band shared the news on V LIVE, a Korean live stream broadcasting app, saying that they "wanted to share some positive energy" amid the coronavirus pandemic.

The song will get a digital release in August, the band revealed.

"We have prepared a new single for ARMY, set for August 21. We are preparing an album for the second half of this year, but decided to first release a single because we wanted to reach our fans as soon as possible.

"Due to COVID-19, people around the world have been going through tough times and we wanted to share some positive energy with our fans," the group said in the statement.

This is not the first time that BTS has sung an English song. The musicians have previously released English-language songs 'MIC Drop' and 'Waste It On Me,' with Steve Aoki. Yet the band has stated that the recording in their non-native tongue was 'a new challenge'.

"We thought that the song sounded perfect as it is in English. We recorded the guide version and felt that the result was something totally new and fresh. We also needed a breakthrough during these unforeseen times. This is a new challenge for us as well," they added.

The news comes days after it was announced that BTS would be among the artists performing for the 2020 iHeartRadio Music Fest, which is set to air September 27.