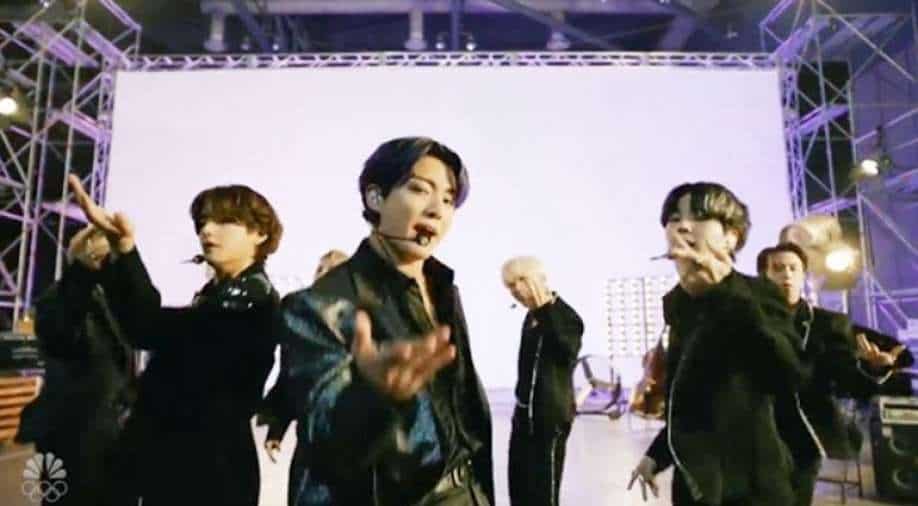 Amid the pandemic, BTS is making sure that its fans -popularly knows as the Army- is part of all its important events.

Amid the pandemic, BTS is making sure that its fans -popularly knows as the Army- is part of all its important events. The South Korean band is planning an online live-streaming event `BTS 2021 Muster Sowoozoo` to celebrate the eighth anniversary of BTS and its `army` of fans.

According to reports, the two-day event will take place on June 13 and June 14 - WORLD TOUR VERSION (with some of the act`s foreign language songs).

More information regarding the tickets will be announced on a later date, as per the announcement.

The band which recently released its new single, 'Butter' also graced the Billboard Music Awards with a performance of the same song.`

The band performed remotely from Korea. The group, which comprises of Jung Kook, V, Jimin, j-hope, SUGA, Jin and RM, took viewers along to a backstage dressing room and onto a red carpet fitted for the BBMAs.

It broke multiple records within the first couple hours of its release. Breaking their own record, `Butter` became the fastest YouTube video ever to reach 10 million views, hitting the mark in just 13 minutes.

Within two hours, the song hit No 1 on Apple Music. A day in, `Butter` logged the most single-day streams of any song ever on Spotify, with 20.9 million global streams on the first day. The music video also broke their own record and set a new all-time 24-hour record of 108.2 million views.

It also marks the biggest music video Premiere on YouTube, racking up 3.9 million peak concurrents.The pop group will appear on `The Late Show with Stephen Colbert` on May 25 and the `Good Morning America` 2021 Summer Concert Series on May 28.

Alia Bhatt to be honoured with Time 100 Impact Award