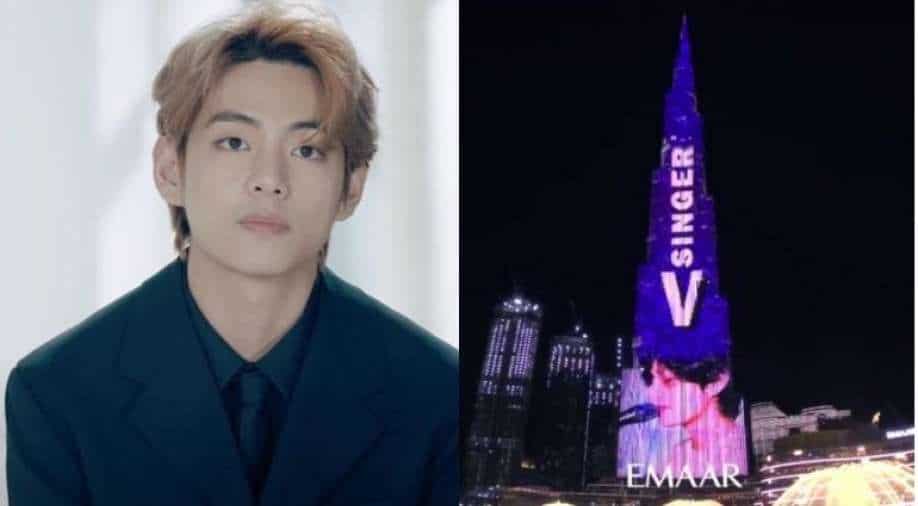 V has become the first K-pop artist to get such an honour at the Burj Khalifa Photograph:( Twitter )

Singer Kim Taehyung aka V turned 25 on Wednesday and Dubai's Burj Khalifa lit up in honour of the singer.

It has been a special year for BTS so it just seemed natural that one of the band member's birthday was celebrated in a special way as well. Singer Kim Taehyung aka V turned 25 on Wednesday and Dubai's Burj Khalifa lit up in honour of the singer.

The younger singer has become the first K-Pop artist to get such an honour and is only the second personality after Shah Rukh Khan to get a birthday tribute on the world's tallest building.

V's birthday was also marked by The Dubai Fountain as it danced to the tunes of the singer's hit track 'Winter Bear'.

Here, have a look at the video.

Born on 30 December 1995, V is the youngest member of the band. A talented singer, he has also released some solo songs outside of BTS and all of them have been blockbusters. He co-wrote and co-produced the song ‘Hold Me Tight’ in 2015 and released his first solo track ‘Stigma’ from the album Wings in 2016.

V is also an actor who has appeared in historical drama 'Hwarang: The Poet Warrior Youth' in a supporting role.