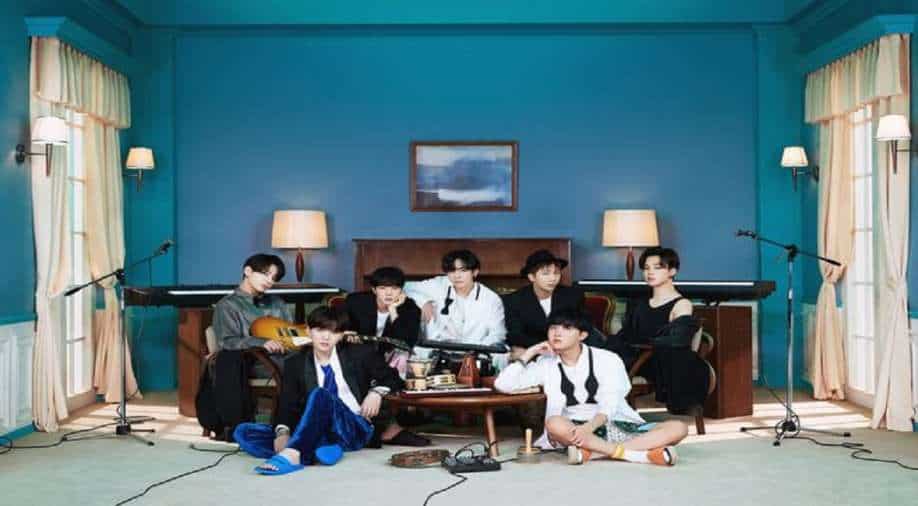 The new album launched by Korean-pop band BTS band, 'BE', is a new blockbuster number, which has successfully sold full 136,700 copies.

BTS fans have another reason to rejoice! The South-Korean band`s released album `BE` has hit the blockbuster mark conquering the album chart.

According to Variety, the new album launched by BTS band `BE` is a new blockbuster number, which has successfully sold full 136,700 copies.

The album, which conquered the album chart has been successful despite costing $50 in a deluxe edition in most stores. Meanwhile, the digital version was available for $10.Variety reported that Megan Thee Stallion`s full-length debut album, `Good News`, was at No. 2 with 89,500 album units.

In comparison to BTS, the star did not sell a 10th as many either in the album or song sales departments (with 11,000 and 21,700, respectively). On the other hand, she was streamed more than three times as often as the K-pop group, with a robust 95.3 million individual song streams.

The `Good News` album by Megan does not include the mega-single `WAP`, which, according to the sources is going to be included in the next album with the duet partner Cardi B.The top 10 achievers on the album chart, also included Taylor Swift`s `Folklore` at No. 3, with her album units number 68,400.

Ariana Grande`s `Positions` held at No. 4, with 59,200.The report by Variety also shows the returning favourites in the top 10, which included Pop Smoke, Lil Uzi Vert and Future, Harry Styles, Juice WRLD, Chris Stapleton and Michael Buble`s Christmas album in between slots 5-10.Buble had the top holiday album at No. 10 while Carrie Underwood`s Christmas set was up to No. 12, followed by `A Charlie Brown Christmas` at No. 13.

However, `Mood` by 24kgoldn stood on top with 137,100 song units on the Rolling Stone songs chart. Whereas, `Monster` by Shawn Mendes and Justin Bieber, bagged second place with 132,500.The report by Variety also mentions that other debuting tracks like Morgan Wallen`s `Somebody`s Problem` stood at No. 4 with 125,100 song units, Megan Thee Stallion`s `Body` at No. 6 with 120,800 units and another two new BTS tracks, `Life Goes On` and `Blue & Grey`, bagged back to back positions at No. 11-12.