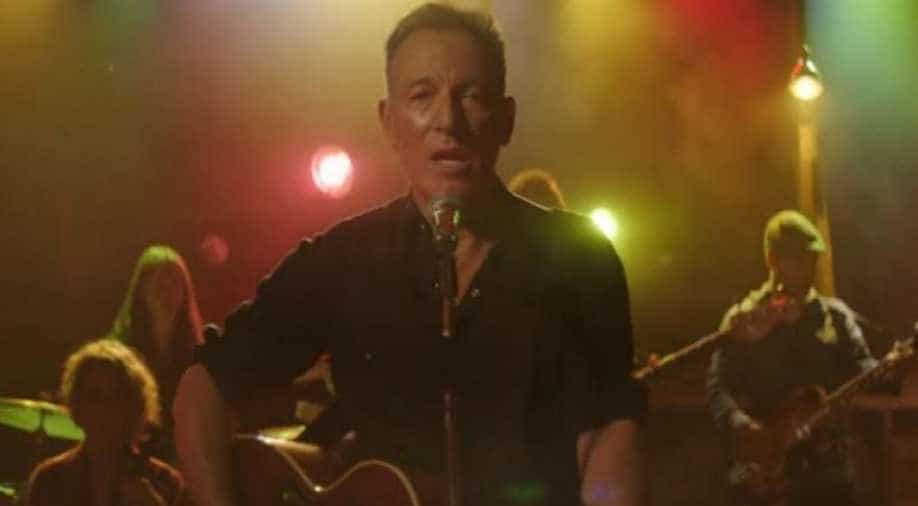 The singer was also cited for reckless driving and consuming alcohol in a closed area, in New Jersey's Gateway National Recreation Area.

Rocker Bruce Springsteen was arrested in New Jersey in November on a charge of driving while intoxicated, authorities said Wednesday.

The 'Born To Run' singer was also cited on November 14, 2020 for reckless driving and consuming alcohol in a closed area, in New Jersey's Gateway National Recreation Area.

"Springsteen was cooperative throughout the process," a National Park Service spokesperson said.

The 71-year-old rock icon will make a court appearance by teleconference "probably toward the end of this month," according to the New Jersey US Attorney's Office.

Following the revelation, carmaker Jeep pulled a two-minute commercial featuring Springsteen, which debuted on Sunday during the Super Bowl.

In the ad, Springsteen is seen in the US Midwest promising "hope on the road up ahead" while calling on Americans to overcome their divisions, one of the many ads featuring such a message during the game.

"It would be inappropriate for us to comment on the details of a matter we have only read about and we cannot substantiate," a Jeep spokeswoman said in a statement to CNBC. "But it's also right that we pause our Big Game commercial until the actual facts can be established."

The intoxicated driving incident occurred a few weeks after The Boss released his 20th studio album, 'Letter To You' -- a return to the layered guitars, dramatic percussion and glockenspiel that swelled into the signature sound he coined with his E Street Band, the group he's performed with since 1972.