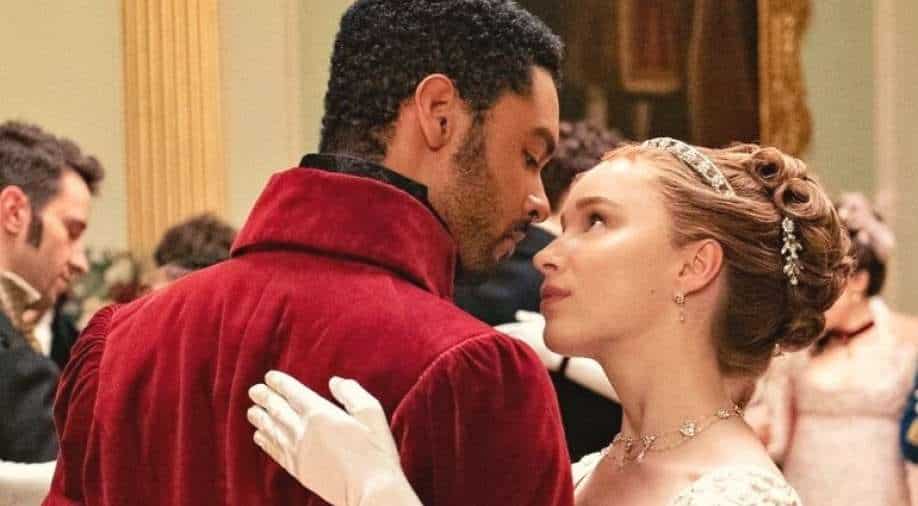 The second season of 'Bridgerton' will have Anthony Bridgerton (Jonathan Bailey) meeting his match in Kate Sharma, played by newcomer Simone Ashley.

'Bridgerton' series creator and showrunner Chris Van Dusen has divulged fresh details about the upcoming season 2 and its lead pair.

Fans have been waiting with baited breath for season 2 ever since Netflix announced its decision to renew the show after a successful Season 1. Now while speaking to E! News, the creator teaser a 'magnetic' forthcoming season, promising crackling chemistry between the lead actors.

The second season will have Anthony Bridgerton (Jonathan Bailey) meeting his match in Kate Sharma, played by newcomer Simone Ashley.

"I can tell you I just got into the editing bay on the first couple episodes in the second season, and I don`t think people are going to be ready," Dusen teased.

Dusen added, "I think, honestly, it`s everything I think audiences loved so much about the first season, but just more. I think we`re going to be back with an even greater escape to 19th century Regency London." Dusen described Bailey and Ashley`s chemistry as "magnetic."

"You cannot take your eyes off of them when they`re together on screen. I can`t wait for audiences to see that, or really, to feel that. I`m really excited," he said. Van Dusen said he`s been told by many fans that Kate and Anthony are their favourite couple from the books, and he thinks they won`t disappoint. "There`s something special about the two of them, Simone and Jonathan, and I think people will really respond to them," he said

Netflix`s popular series `Bridgerton` earned a total of 12 Emmy nominations on Tuesday, and for Dusen, awards recognition is the cherry on top of an already significant debut. The lead actor Rege-Jean Page also earned an acting nominations at the Emmys and while Page will not be a part of the second season, Dusen said, "It was such a privilege to work with him. He`s our Duke and he will always be our Duke and I know about to continue to charm the world in some really amazing ways. And I couldn`t be happier for him.".

The first season of the romantic period drama focused on the steamy courtship between Daphne Bridgerton (Phoebe Dynevor) and Simon Basset, the Duke of Hastings (Rege-Jean Page).