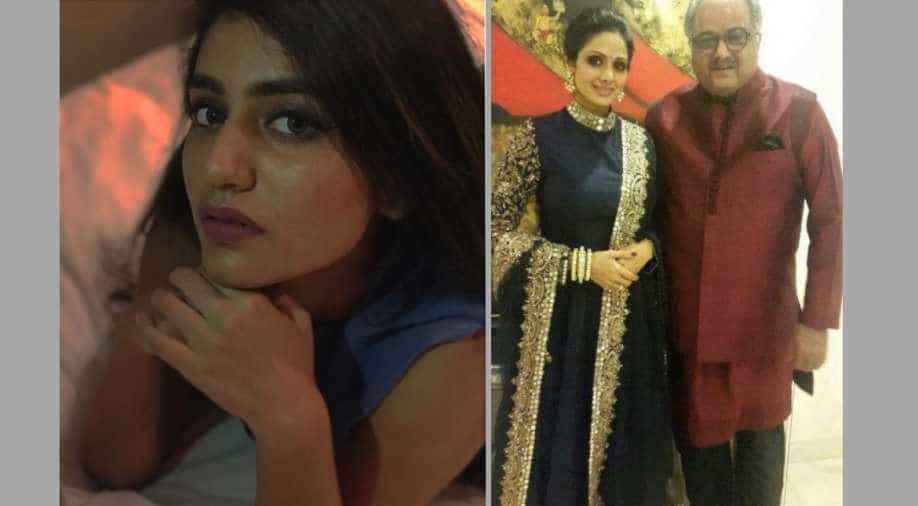 Makers released the first teaser of the upcoming film 'Sridevi Bungalow' that suggests that its based on the life of an actress named Sridevi who dies an unfortunate death in a bathtub -- similar to how Bollywood star with the same name died.

Film producer Boney Kapoor sent a legal notice to the makers of ‘Sridevi Bungalow’, an upcoming film starring Priya Prakash Varrier, the girl who caught the fancy of the nation with a clip featuring her winking at her co-star.

The makers released the trailer of the film yesterday in Mumbai, as the lead star Priya was spotted interacting with media. The said trailer suggests that it is a story of a young actress named Sridevi who has her ups and downs and end up dying an unfortunate death in a bathtub.

As soon as the trailer made its way to the social media, Twitterati started comparing the film’s story to what happened to the late Bollywood star by the same name.

As the social media furore picked up, director Mambully confirmed the news of the legal notice which he received and said, “We received a legal notice from Mr Boney Kapoor last week. And we will face it. My film is a suspense thriller. I told him that Sridevi is a common name. My film's character also happens to be an actress. We will face it.”

Meanwhile, Priya has not addressed the issue.