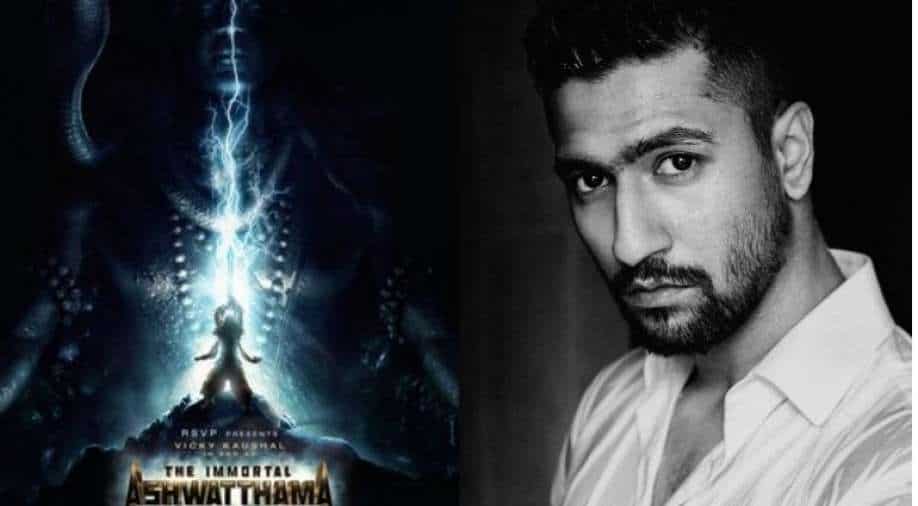 Poster of 'The Immortal Ashwatthama' and file image of Vicky Kaushal Photograph:( Twitter )

Vicky Kaushal on Monday announced his new film 'The Immortal Ashwatthama' on social media and shared the first look of the film.

Vicky Kaushal's fans have something to look forward to from the actor. Kaushal on Monday announced his new film 'The Immortal Ashwatthama' on social media and shared the first look of the film.

Kaushal teams up with Aditya Dhar who had directed the blockbuster 'Uri: A Surgical Strike' in 2019. Incidentally, the duo announced their new project on the second anniversary of the film which had garnered both the actor and the director National Awards.

Overwhelmed and ecstatic !
On the 2nd anniversary of 'URI-The Surgical Strike' , the team gives you a glimpse into the world of #TheImmortalAshwatthama
Cannot wait to get onto this journey with the dream team of @AdityaDharFilms @RonnieScrewvala @RSVPMovies @soniakanwar22 pic.twitter.com/tYOVQ4FG1P

The poster does not reveal Vicky's look in the film but does suggest a futuristic plot with a hint of mythology.

Media reports state that Vicky's latest is a superhero film with a mythological twist.

The immortal Aswatthama is produced by Ronnie Screwvala. It is reportedly going to be a three-part series and Kaushal will be seen in a never seen before avatar.

Kaushal's last release in theatres was 'Bhoot: The Haunted Ship' which released in February 2020.