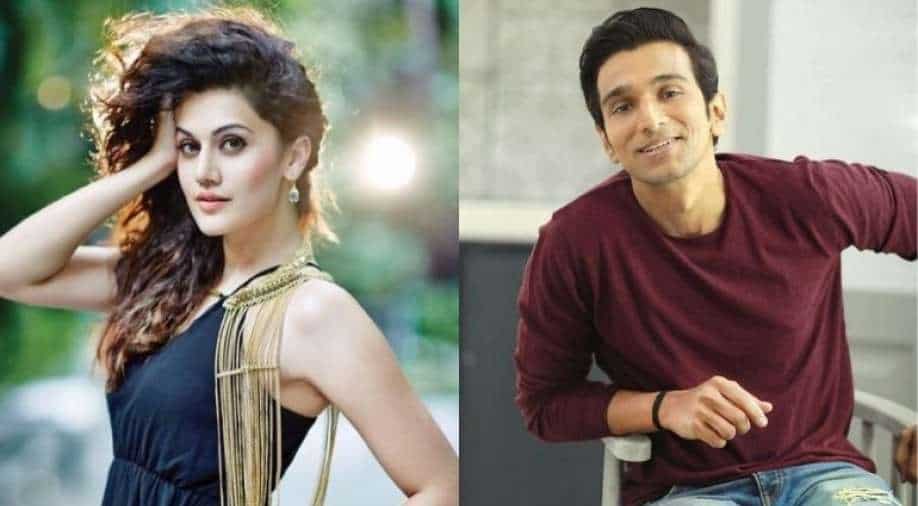 According to the makers, Gandhi, who shot to fame with last year's web series 'Scam 1992: The Harshad Mehta Story', will play a chauvinistic brat who "finds himself compelled to take a riotous, madcap ride with Taapsee's character, whose attitude to life is the diametrical opposite of his."

The film will be written and directed by 'Breathe Into The Shadows' co-writer Arshad Syed.

Roy Kapur said he decided to back the movie immediately after Syed narrated his "charming and delightful" screenplay.

"We are especially excited to be working with Taapsee, who brings so much energy and exuberance to the screen, and Pratik, who blew us all away with his incredible performance in 'Scam'. We are also very happy that Arshad, who is already known as a superb writer, will make his directorial debut with this film," the producer said in a statement.

Pannu, 33, said she loved the "strong, thoroughly unique and entertaining" character Syed wrote for her and is looking forward to start the film.

"It is very exciting to partner with a producer as prolific as Sid, as well as Pratik, whose performance in Scam left a lasting impression on me," Pannu said.
'Woh Ladki Hai Kahaan?' will mark Gandhi's first Hindi project post his massive success with the Hansal Mehta-directed web series.

The 40-year-old Gujarati actor said the film came to him at a time when he was looking for something remarkably different from his web show.

"I feel truly privileged to be a part of this project and to be working with the stellar team of Taapsee, Arshad and Sid. I was looking to dive into something totally different after 'Scam' and this role ticked all the boxes. I am sure it will be a fun ride ahead and I can't wait to start," the actor said.

'Woh Ladki Hai Kahaan?' is set to go on floors by the end of the year. The makers are currently in the process of locking rest of the cast.