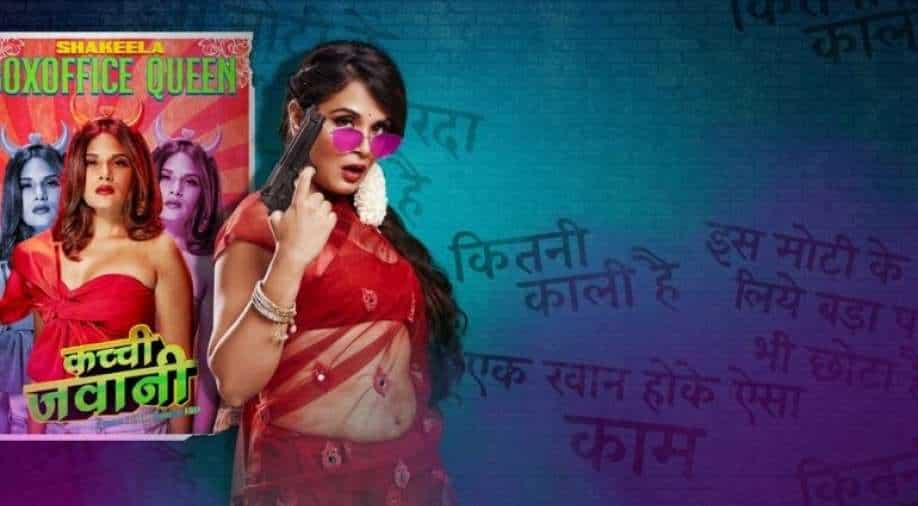 Richa Chadha in a poster of 'Shakeela' Photograph:( WION )

Richa Chadha starrer 'Shakeela' is finally ready for a theatrical release. The makers unveiled the first look poster of the film recently. Featuring Chadha in the titular role of yesteryear star Shakeela, the poster has a hidden messaging.

A popular industry folklore from the 90s suggested that the one star who could bring the audience back to the theatres was Shakeela, the famed soft-porn actress who ruled the South Industry for a good part of the era.

Poised for a Christmas release, her biopic has an interesting poster as well which was just released. At its first glance, it seems to ape the 90s Shakeela films but the poster itself is a testament to her triumph. Donning the walls next to her poster are remarks often hurled at her during her career.

Shakeela's success, though, inspired many younger actresses to take their chance at breaking free from the toxic star structure of the film industry.

'Shakeela' is the official biopic of Malayalam actress who ruled the roost in her days of glory. The film directed by Indrajit Lankesh also stars Pankaj Tripathi. The film is a classic rags to riches of a woman,who won against all odds. She was fat shamed, slut shamed, told she is too dark but every time there was a lull at the box office, she got the cash register ringing again. Offering a humane look at the fragilities of stardom, Lankesh and Chadha together celebrate the fighting spirit of their muse.

Indrajit says, "They wanted her films either banned or censored and yet her films were running 100 days upon hitting screens. It's no surprise that she was dominating the industry in a big way which threatened many big superstars. Richa is fantastic in the part and she has done full justice to the character. There aren't many who would've brought out the essence so well but in this film she breathes life into the part of a woman who has seen-it-all."