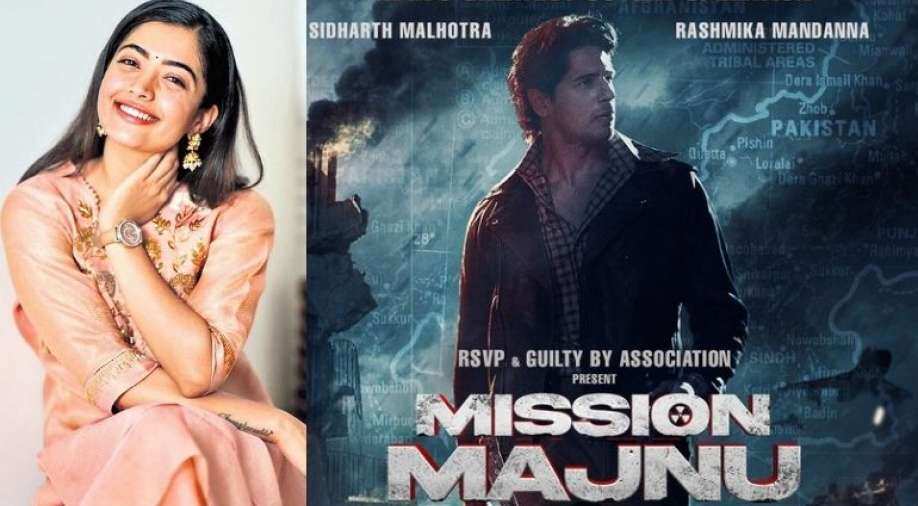 Rashmika Mandanna will be seen opposite Sidharth Malhotra in 'Mission Majnu' Photograph:( Twitter )

South superstar Rashmika Mandanna is all set to make her big Bollywood debut in Sidharth Malhotra starrer 'Mission Majnu'.
The first poster of the film was shared by Malhotra on social media on Wednesday.

The film narrates India's most ambitious covert operation and is set in the 1970s.

It is the story of India`s most courageous mission in the heart of Pakistan that forever changed the relationship between the two nations.

Taking to their social media, RSVP Movies shared a poster of the film featuring Malhotra. "The deadliest covert operation undertaken by our intelligence agency behind enemy lines! Presenting the first look of #MissionMajnu," tweeted RSVP Movies.

Written by Parveez Shaikh, Aseem Arrora and Sumit Batheja the thriller stars Malhotra as a RAW agent who leads the mission.

Talking about the film, Malhotra said that he feels privileged to be a part of a movie that tells the story of India`s brave agents.

"'Mission Majnu' is a patriotic tale inspired by true events that celebrates the hard work of RAW agents who go out of their way to protect the citizens of our country," he said.

The deadliest covert operation undertaken by our intelligence agency behind enemy lines !
Presenting the first look of #MissionMajnu pic.twitter.com/gYtLkWJKVA

"It is a privilege to tell the story of our brave agents, and I am eager to revisit a mission that forever changed the relationship between India and Pakistan. I am looking forward to sharing this special film with everyone," he added.

'Mission Majnu' is produced by RSVP and Guilty By Association and will go on floors in February 2021.