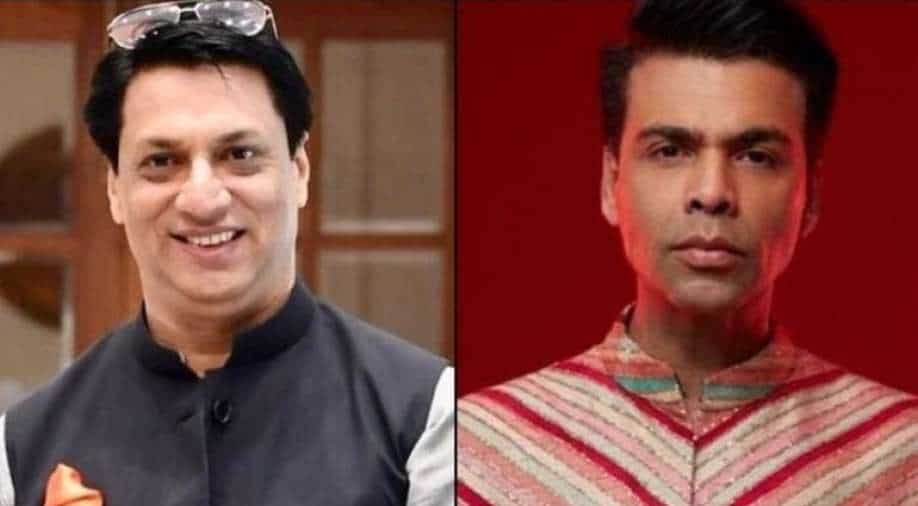 Madhur Bhandarkar and Karan Johar are keeping it civil as they publicly argue over the title rights of the upcoming Netflix show 'The Fabulous Lives of Bollywood Wives'.

Is there a new war brewing in Bollywood? Filmmakers Madhur Bhandarkar and Karan Johar are keeping it civil as they publicly argue over the title rights of the upcoming Netflix show 'The Fabulous Lives of Bollywood Wives'. The two directors, have though maintained their stand even as KJo has apologised.

A few days back, Madhur Bhandarkar showed displeasure towards Johar for using the titled for the show that his Dharma Production is backing. Bhandarkar alleged that he had made the rights to title and was not willing to part with it- and Johar, despite knowing that fact went ahead and used the same title for his show.

On Thursday night Johar wrote an open letter and apologised To Bhandarkar but stated that he was not going to change the title.

“I humbly apologise for any grievance that has been caused to you during the course of the last few weeks. However, I would want to clarify that we have chosen this new and different title -The Fabulous Lives of Bollywood Wives keeping in mind the non-fiction format of our reality-based franchise series. As our title was distine, I did not foresee it upsetting you as it has and for that I duly apologise.”

I want to inform you that we have been promoting our series with the hashtag 'Fabulous Lives' on all social media platforms, which is the franchise title we intend to go ahead with. We assure you that the format, nature, audience and the title of our series are different and would not in any manner dent or encumber the exploitation of your work," Johar added in the letter.

Soon after Bhandarkar took to Twitter to respond to Johar and said that while he did accept his apology, he was still deeply upset.
"Dear @KaranJohar. Thank you for your response. This is indeed a close-knit industry and it operates on mutual trust and respect.
When we blatantly disregard norms that we ourselves have established, then it makes very little sense calling ourselves a ‘fraternity’.”
“I didn’t hesitate a moment in the past before granting you the title “GUTKA” in 2013, that you had requested from me, and hence I would have expected the same courtesy in return when I declined you the use of a title I had duly registered, and which I did not intend to part with. The fact that you went ahead and used the title anyway despite our conversation and despite it also having been rejected by the trade associations, is what had upset me deeply. This is not how I believe real relationships work. But let’s move forward. I accept your apology and would like to leave things here. I too wish you well in your future endeavours," Bhandarkar further added.