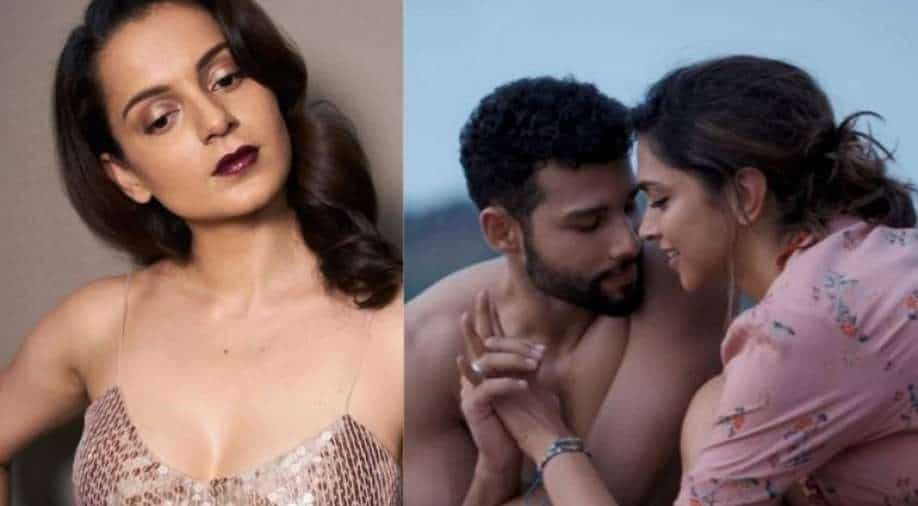 This is not the first time Kangana Ranaut has criticised Deepika Padukone and her work. 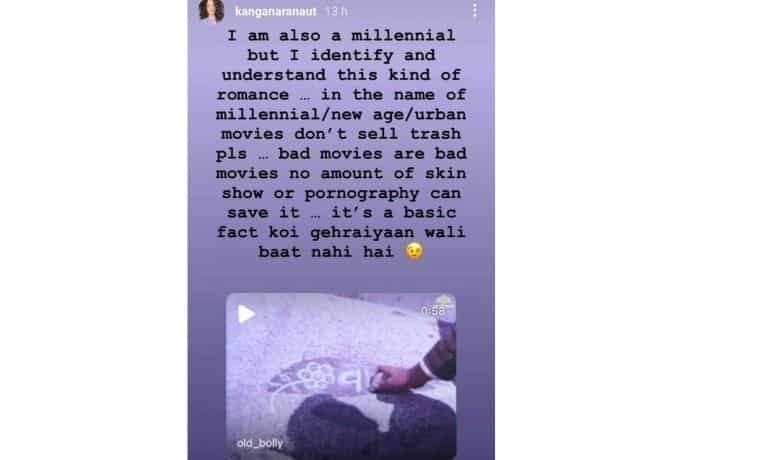 In the post, she wrote, “I am also a millennial but I identify and understand this kind of romance…in the name of millennial/new age/urban movies don’t sell trash pls…bad movies are bad movies no amount of skin show or pornography can save it …it’s a basic fact koi gehraiyaan wali baat nahi hai 😉 (sic).”

This is not the first time Ranaut has criticised Deepika Padukone and her work. Earlier, she accused her of running a 'business' of depression with her mental health organisation.

'Karan Johar ke paltu' to 'B-grade' actress: 8 absurd comments by Kangana Ranaut on celebs that will crack you up

The movie primarily revolves around the life of Alisha, whose six-year-old relationship has grown monotonous and ends up having an affair with her cousin fiance Zain.