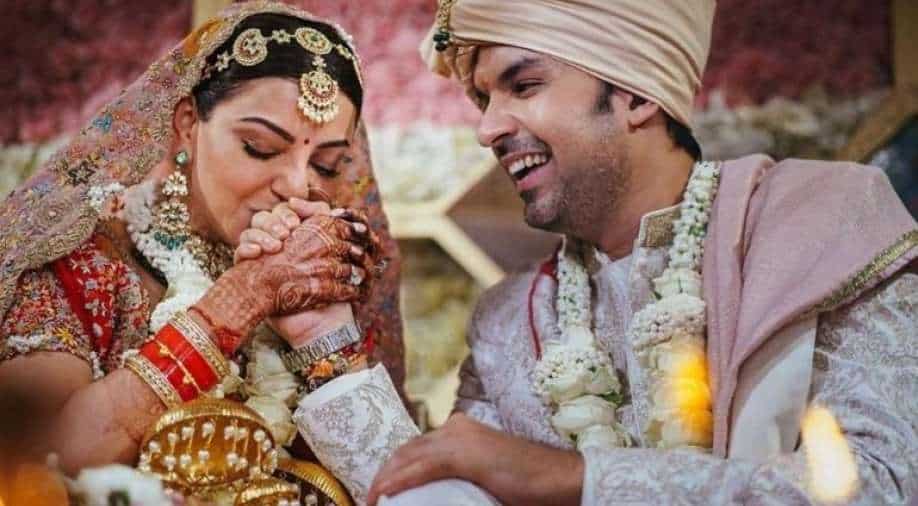 Kajal Aggarwal, who was recently seen in Dulquer Salmaan and Aditi Rao Hydari starrer 'Hey Sinamika' had been sharing her maternity journey on and off social media these past months.

Actress Kajal Aggarwal is now a mother to a baby boy. The actress and her husband Gautam Kitchlu welcomed the birth of their first child on Tuesday, stated several media reports.

The couple is yet to make an official announcement about the arrival of the newest member of the family.

News of the baby's arrival though started doing the rounds of social media on Tuesday afternoon as fans celebrated Kajal's new role as a mother.

The actress, who was recently seen in Dulquer Salmaan and Aditi Rao Hydari starrer 'Hey Sinamika' had been sharing her maternity journey on and off social media these past months.

The happy news comes just a week after the actress shared a series of photos from her maternity shoot on Instagram. Sharing her excitement to take on this new role as "mother", the actress penned her thoughts in a note that read, "Let's face it, preparing for motherhood can be beautiful, but messy. One moment you feel like you have everything under control, while the next moment, you’re so drained, you wonder how you’re going to manage to make it to bedtime!"

"And within these days, weeks, and months of loving our children and our partners, sometimes we forget that this accumulation of emotions (joy, sadness, anxiety, heartbreak) are what piece together our unique stories and make them ours," she added.

Kajal and Gautam married in Mumbai in 20202. The actress announced her pregnancy earlier this year in January.