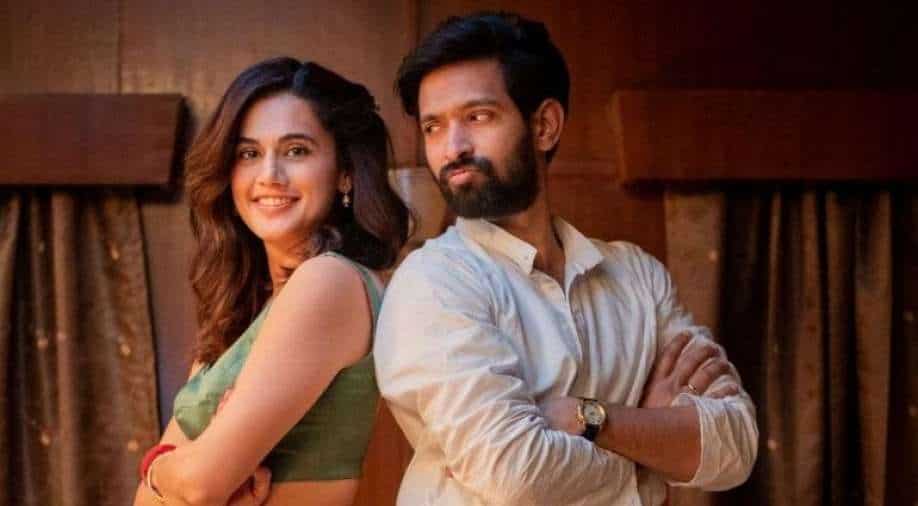 The trailer of the film was unveiled on Friday and shows Taapsee Pannu playing a woman who desires to live her life like a character of a novel. She soon finds herself embroiled in a murder case and is accused of killing her husband (Vikrant Massey). The trailer suggests Harshvardhan Rane plays Taapsee's lover in the film.

The story and screenplay has been written by Kanika Dhillon who has worked with Taapsee earlier in 'Manmarziyaan'. The trailer suggests the film is based in a small town and has its share of quirk, passion and mystery in the story.

Taapsee said she had a strong gut feeling about the story from the time she first heard it. "I wasn’t the first choice for the film and it came to me after all their options were exhausted. And the good old saying that, if it’s meant for you it will come to you stands true for this case. It’s not just a beautifully written mystery, it has such wonderful characters involved which is candy in an actor’s hands. I am glad I got to experiment with my look and performance with this one because I am definitely not the go to person for this kind of character conventionally and we all love to take risks here," said the actress in a statement.

The film has been produced by Anand L Rai's Colour Yellow Production and will release on Netflix in July.