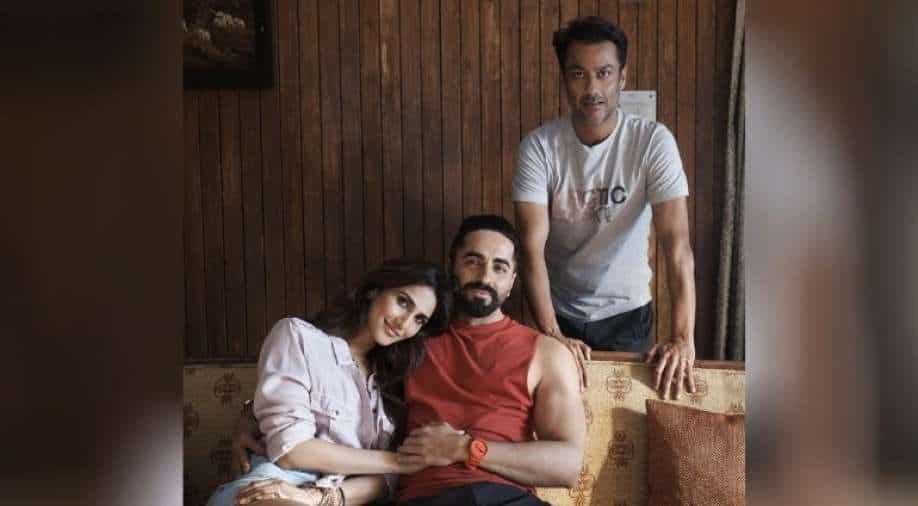 The film has been produced by T-Series and Guy in the Sky Pictures production, and is said to be a 'progressive love story'.

Ayushmann Khurana's next project with Abhishek Kapoor and Vaani Kapoor has been wrapped. The film titled 'Chandigarh Kare Aashiqui' is a romantic comedy starring Ayushmann and Vaani and is directed by Abhishek.

The film has been produced by T-Series and Guy in the Sky Pictures production, and is said to be a 'progressive love story'. The production on the movie commenced amid the coronavirus pandemic in October and the team wrapped the film in about 48 days in Chandigarh.

T-Series' Bhushan Kumar said all the safety measures were taken during the filming. "It has also given an opportunity for people working in this industry to be back to work. We are glad that our efforts were laid down successfully," Kumar said in a statement here. Pragya Kapoor of Guy in the Sky Pictures said she is grateful to the team for their support during the making of the film. "The new normal definitely has gotten the best out of us within a short span of time. We are happy to become one of the first Indian films to pull this off. It's not been easy but together we made it happen," the producer said.

Khurrana will be seen essaying the role of a cross functional athlete in the project, which stars Vaani Kapoor as his love interest. As soon as the film wrapped, Ayushmann has hopped onto his next film. Titled ‘Doctor G’, the film will be directed by Anubhuti Kashyap.