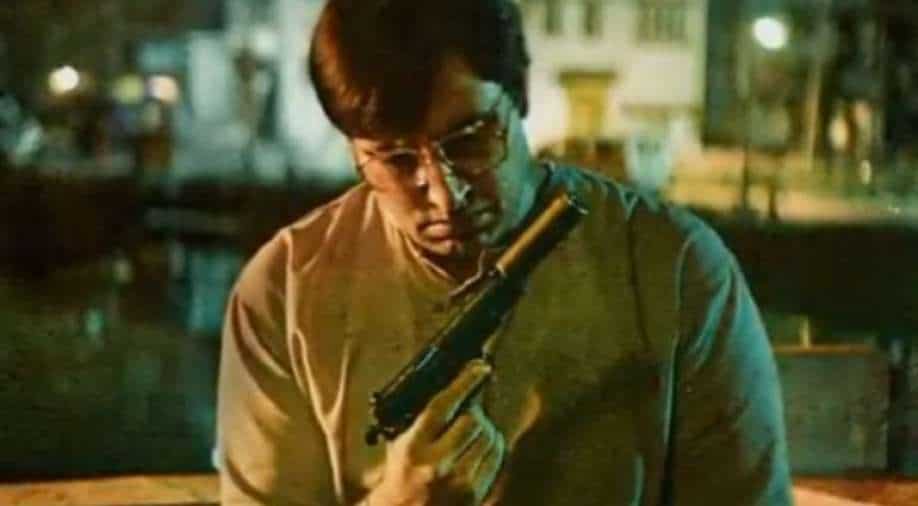 In 2012, filmmaker Sujoy Ghosh and writer Advaita Kala created the iconic character Bob Biswas in the unforgettable film 'Kahaani'. Played by the versatile Saswata Chatterjee, the film was not centred around him but on Vidya Balan but despite limited screen presence, Chatterjee made his character- a deadly assassin one of the most iconic characters of Hindi cinema.

In 2021, as Ghosh's daughter Diya Annapurna Ghosh makes her debut as a film director with a spin-off story on the iconic character in ZEE5's 'Bob Biswas', she makes him mellow, humanizing the killer complete with a wife and two kids.

Featuring Abhishek Bachchan as Bob Biswas, who once killed mercilessly, the new film delves more into Bob's personal life and how he wants to change himself for his family. The film opens with Bob getting discharged from the hospital after being in a comatose state for 8 years. His wife Mary (Chitrangada Singh) and young song Benny (Ronith Arora) take him home which he has no recollection of. Bob also has a daughter Mini (Samara Tijori) who is preparing for a medical entrance. A deadly assassin at one point in time, Bob, we are told, met with an accident and now has lost his memory. Even as he and his family want to start afresh, Bob is unwittingly embroiled in a nexus of drug mafia, corrupt policemen, and shady henchmen. While his memory is sketchy, he still has the skills to kill his target in point-blank range and walk out nonchalantly.

After a spate of killings which includes the murder of a drug dealer (Purab Kohli), investigative office Indira Verma (Tina Desai) takes on the case- trying to put together the missing pieces.

Bachchan's Bob Biswas is rather subtle and very confused. He isn't as cold-blooded or eerie as Chatterjee's Bob Biswas. Neither is he an intriguing character anymore. A lot of time is spent on Bob the family man- which may or may not is needed to define a character who became iconic for his unusual demeanour and a rather surprising career choice. The 2021 version of Bob Biswas is surprisingly dull, and mellowed and the story is less exhilarating than the 2012 film.

Comparisons are inevitable considering both 'Kahaani' and Bob Biswas is remembered to date. For a debutante, Diya Annapurna Ghosh delivers a decent film that is slick and well made. But she also takes on a big gamble by narrating the story of a popular character.

Perhaps the success of Bob Biswas in 'Kahaani' was due to the fact it was a mysterious character who would emerge out of nowhere, kill with an evil smile plastered on his face and nonchalantly disappear.

While making a standalone film, humanising him makes him normal, and naturally rather unexciting.

Abhishek Bachchan plays the role well. As Bob Biswas he is convincing but it's a huge burden to be playing a character that Chatterjee already has made so popular. If one can look past Chatterjee's performance (which is difficult, naturally) Bachchan delivers a solid performance of a man confused, conflicted and rather menacing. It's unlike any other character he has played on screen and Bachchan delivers. So does Chitrangada Singh who plays his wife, completely in awe with the mysterious man.

Other actors who stand out are the veteran Paran Bandopadhyay who plays Kali Da- Bob's supplier of guns and overall secret keeper and debutant Samara Tijori as the conflicted, hassled Mini.

'Bob Biswas' is streaming on ZEE5.