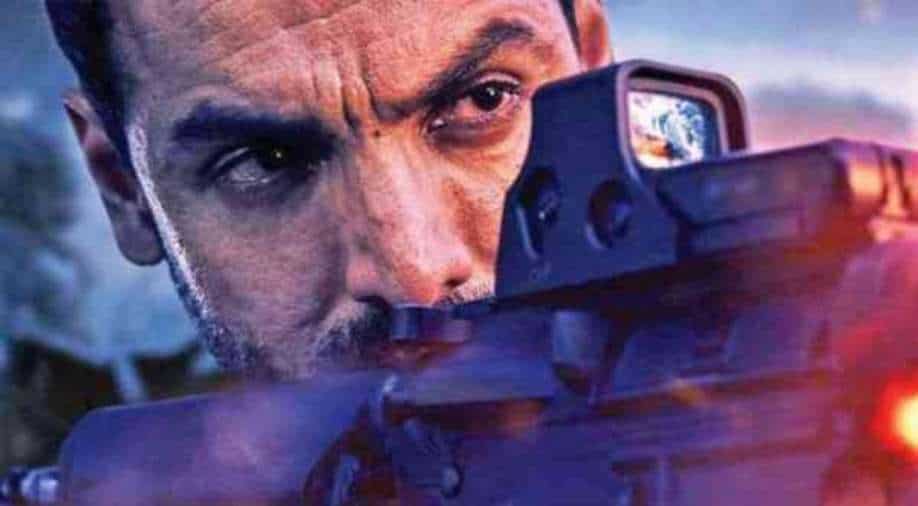 Written and directed by debutant Lakshya Raj Anand, the film has Abraham playing Arjun Shergill a daredevil soldier who is left paralysed neck-down after a tragic accident. After years of staying at home, Arjun is now a depressed man who has lost hope from life. Intelligence expert Subramaniam (Prakash Raj) comes calling one day at Arjun's place to offer him to join back the army.

Dr Saba (Rakul Preet Singh) has been working with the govt to create a chip of sorts that helps paralytic patients to get back on their feet. So far it has only been tested on animals, and Arjun is warned that he will be the first human to get tested. He agrees and the ministry prepares to make him a super-soldier who is helped by an AI. Arjun starts preparing as the threat from dreaded terrorist Hamid Gul looms large- who according to intelligence- is preparing an attack. By the time Arjun somewhat trains, the parliament is attacked and the PM of India is taken under siege along with other MPS by Hamid Gul. Now it is upon Arjun to save his country from a deadly chemical bomb and also save the country's leader.

'Attack' cleverly merges science and nationalism along with high octane action stunts to provide a slick entertainer. Of course, a lot of the plot points require suspense of disbelief but the film works because of its execution. Less jargons and more Abraham is his physical best, the film doesn't waste too much time in coming to the main plot.
Well edited, the film never delves deeper into any of the characters, instead just focuses on the main plot. Which is good, as it presents several stylised action sequences which only the film's leading man John Abraham can pull off seamlessly.

Abraham pulls the film on his able shoulder and it is a refreshing change to see him, deep dive, into a character who has been trained to kill. Of course, his character is fighting for his country but unlike his recent outings, the chest-thumping nationalism is at a minimal level. Rakul Preet plays her part well and Jacqueline gets limited time on screen as usual. There is also Ratna Pathak Shah, Prakash Raj and Rajit Kapur - all of them play credible parts in the film.

The film borrows heavily from Hollywood hostage dramas but never becomes a caricature, nor does it take sides, Instead it delivers an engaging action thriller with its leading man metamorphosing as a machine of sorts.

Don't expect 'Attack' to leave a lasting impact on you. The story is rather superfluous yet it manages to keep you gripped till the end with its slick screenplay and action. The film ends with promise of a sequel and it would be interesting watch how super soldier Arjun fights the world once again.