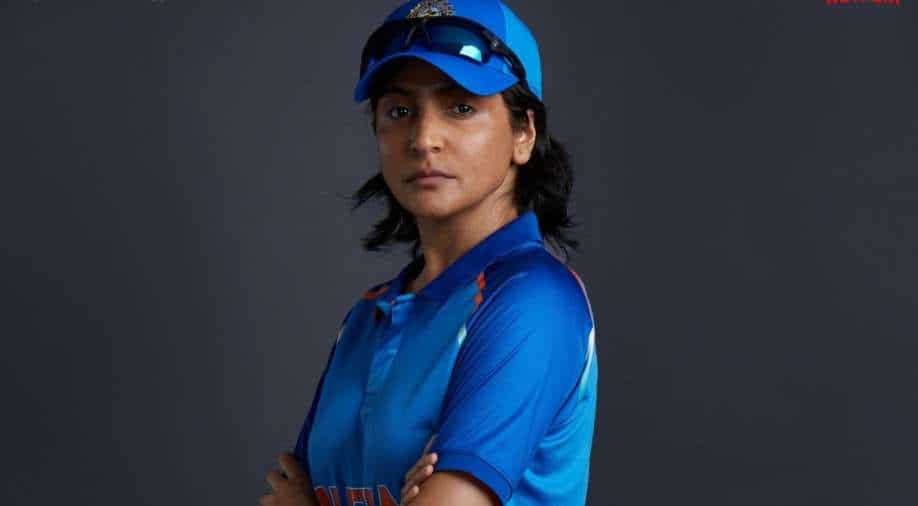 The film is inspired by the life of former captain of India national women`s cricket team Jhulan Goswami. Anushka will be back on screen after three years.

Anushka Sharma is going to be facing the cameras after a long gap. Sharma on Thursday announced her new film 'Chakda Xpress' which will stream on Netflix.

The film is inspired by the life of former captain of India national women`s cricket team Jhulan Goswami. Anushka will be back on screen after three years.

Directed by Prosit Roy, the film will be produced by Anushka Sharm and her brother Karnesh Sharma.

It is a really special film because it is essentially a story of tremendous sacrifice. Chakda Xpress is inspired by the life and times of former Indian captain Jhulan Goswami and it will be an eye-opener into the world of women’s cricket. pic.twitter.com/eRCl6tLvEu

Talking about the film, Anushka, who will be seen playing the titular role, said, "It is a really special film because it is essentially a story of tremendous sacrifice. 'Chakda Xpress' will be an eye-opener into the world of women's cricket. At a time when Jhulan decided to become a cricketer and make her country proud on the global stage, it was very tough for women to even think of playing the sport. This film is a dramatic retelling of several instances that shaped her life and also women`s cricket."

Anushka feels proud to receive an opportunity to play Jhulan on screen."From support systems to facilities, to having a stable income from playing the game, to even having a future in cricket - very little propelled women of India to take up cricket as a profession. Jhulan had a fighting and extremely uncertain cricketing career and she stayed motivated to make her country proud. She strived to change the stereotype that women can`t make a career out of playing cricket in India so that the next generation of girls had a better playing field," she added
.
Anushka shared the news with her Instagram followers as well. She posted the film's teaser in which we can see Anushka in Team India's jersey.

Cricketer Jhulan can't wait for people to witness her story and cheer for women in cricket."When you represent India, that`s all that is on your mind. Tum desh ke liye khel rahe ho, apne liye nahi. 11 women playing to place Team India`s name in history. It doesn't matter if they said ladkiyan cricket nahi khel sakti. It doesn't matter if sometimes a man's accomplishments are placed above your own. It doesn`t matter if the stadiums are empty," Jhulan said.

"When you pull up onto the pitch to bowl, all you see is the opponent holding the cricket bat and the stumps you need to knock out," she further shared.

Anushka, the wife of cricketer Virat Kohli, was last seen in 'Zero' in 2018.