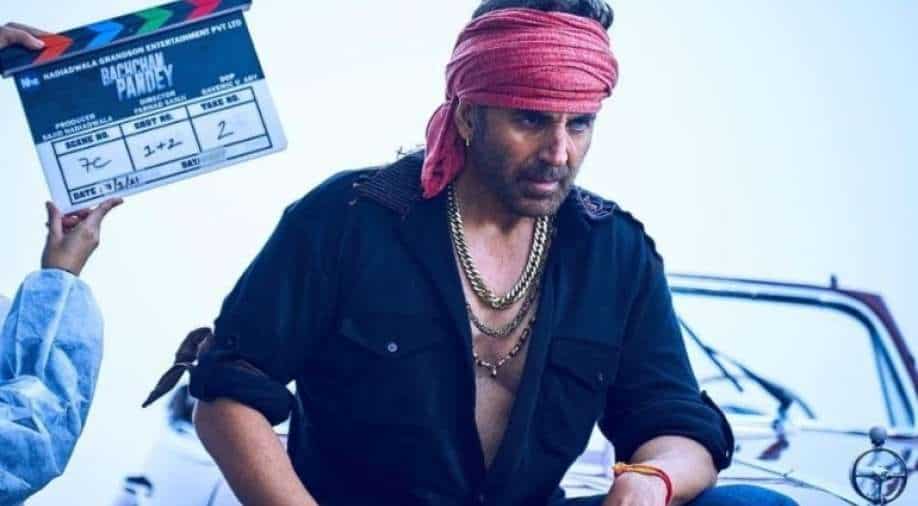 Rumours had it that Akshay Kumar was going to star in a film alongside Suniel Shetty's son Ahan Shetty.

Rumours had it that Akshay Kumar was going to star in a film alongside Suniel Shetty's son Ahan Shetty. Several media reports stated that Sajid Nadiadwala's new project was two star the two actors. Akshay has refuted the report, terming them as 'fake news'.

The actor took to his Twitter handle and tagged a leading news outlet`s story regarding the same, calling it "10/10 on FAKE news scale! "

He further joked about opening a business to bust fake news and added, "How about I start my own fake news busting business?"

Earlier a source close to the production had shared that Akshay and Ahan are set to collaborate for Nadiadwala`s next venture.

The source had shared, "The entire team is rooting for this action power-pack of actors which has Akshay and Ahan together for the first time. Only Sajid sir could make it possible and we are all truly excited for the energy the two would bring to the screens. The project is yet to be announced and is at the planning stage. We will have more details come out soon."

Both the actors are though are working with Sajid Nadiadwala on separate films.

Akshay Kumar has `Bachchan Pandey` and Ahan will be making his debut in a film titled `Tadap`.

Nadiadwala is launching actor Suniel Shetty`s son Ahan with the Milan Luthria-directorial `Tadap`, which also stars Tara Sutaria in the lead and is scheduled to release in September.

Akshay shares a great rapport with Suniel and has been part of some iconic films with him including `Waqt Hamara Hai`, `Mohra`, `Hera Pheri`, `Dhadkan` and `Awara Pagaal Deewana`, among others.

Akshay and Nadiadwala`s upcoming collaboration `Bachchan Pandey` is set to release in 2022.