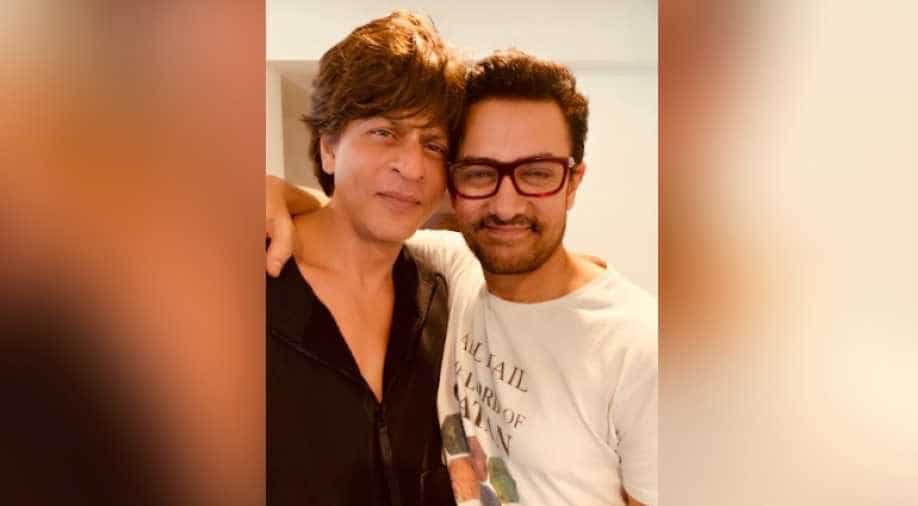 SRK has a cameo appearance in the film that features Aamir and Kareena Kapoor Khan in the lead.

This will be a first. Two of Bollywood's biggest superstars- Shah Rukh Khan and Aamir Khan will come together for the first time in 'Laal Singh Chadha'. SRK has a cameo appearance in the film that features Aamir and Kareena Kapoor Khan in the lead.

According to reports, SRK travelled to Delhi recently where the film was being shot. Before heading to Dubai for IPL, SRK came to Delhi to shoot his portion of the film and had a blast on sets with his friend Aamir. The sequences featuring Shah Rukh were directed by Aamir himself and the two hung out for drinks post pack up.

This will be the first time that the two Khans will be a part of the same film. Whether or not they share screen space is not known yet, but it would be interesting to watch SRK in a sequence directed by his friend Aamir.

Incidentally, Shah Rukh's VFX firm is doing the film's special effects.  The film has been directed by Advait Chandan who has earlier worked with Aamir in 'Secret Superstar'.