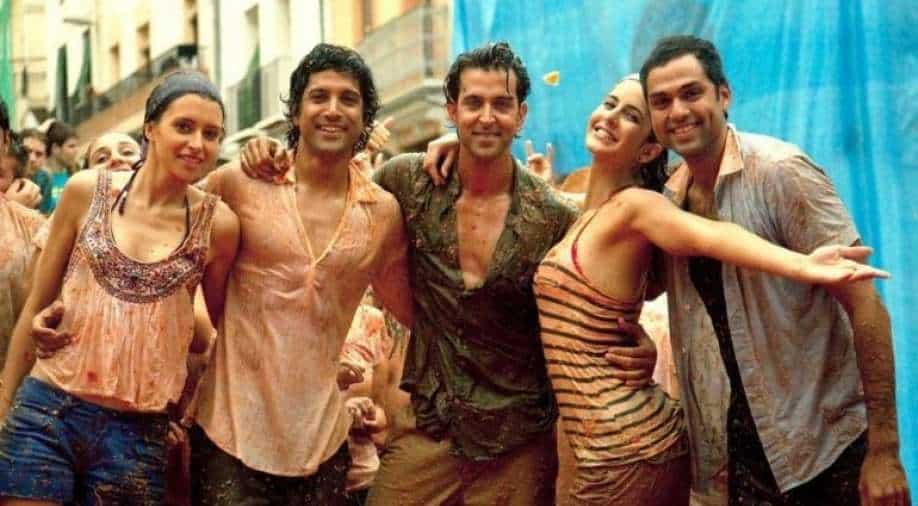 The star cast of 'Zindagi Na Milegi Dobara' comes together for a fun table read of the script on the film's 10th anniversary.

It has been 10 years to Zoya Akhtar's road movie 'Zindagi Na Milegi Dobara'. On Thursday, the film's lead cast along with Zoya Akhtar, co-writer Reema Kagti and producer Ritesh Sidhwani came together for a table read of some of the iconic scenes from the film.

In attendance were actors Hrithik Roshan, Abhay Deol, Katrina Kaif and Farhan Akhtar who went down the memory lane reminiscing about the film and read out a few favourite scenes.

The film told the story of three friends who take a Bachelor's trip, with an itinerary planned to overcome fears together turns. The trip eventually turns out to be a life-changing trip for three friends.

'Zindagi Na Milegi Dobara' has received unprecedented love over all these years from the audiences, the film had also received acclaim from the critics on its release. The entire team got together to celebrate the decade anniversary of the film and to relive some of the cherished, best moments, virtually.

Zoya and Reema’s vision put together into a road trip film with friends in Spain, gave the audiences a unique, one of a kind and best adventure film possible which continues to resonate with people to date.