'Bloodshot' trailer: Vin Diesel rises from the dead only to seek revenge 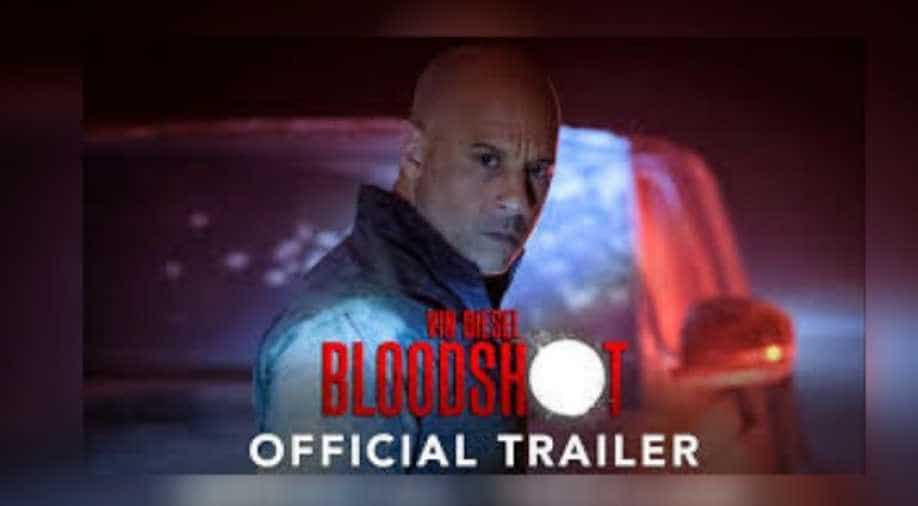 Based on the best selling comic book of the same name, the upcoming feature is directed by Dave Wilson.

Science and re-incarnation join hands as Vin Diesel is brought back from the dead to sail on a vengeful mission in the 'Bloodshot' trailer which dropped on Monday. Based on the best selling comic book of the same name, the upcoming feature is directed by Dave Wilson.

The trailer which starts on a happy note soon sends a chill down the spine as the leading man is shown lying on what seems to be an experiment table. As he gains his senses, the actor is made aware of the fact that he got himself killed and is the first one to who is successfully brought back by RST- a company rebuilding the most important asset in the US military - soldiers! Not only does he rise from the dead, but he is now stronger than ever as he seeks to find the man who murdered his wife - Gina (Eiza Gonzalez). Packed with extreme science fiction, the film is sure to demand your attention.

Along with Diesel, also starring in the film are Sam Heughan, Guy Pearce, Gonzalez, and Toby Kebbell. The film will open in four languages -- English, Hindi, Tamil, and Telugu on February 21 next year. On the work front, Diesel is currently shooting for the ninth installment in the 'Fast and Furious' franchise which will open next year on May 22.