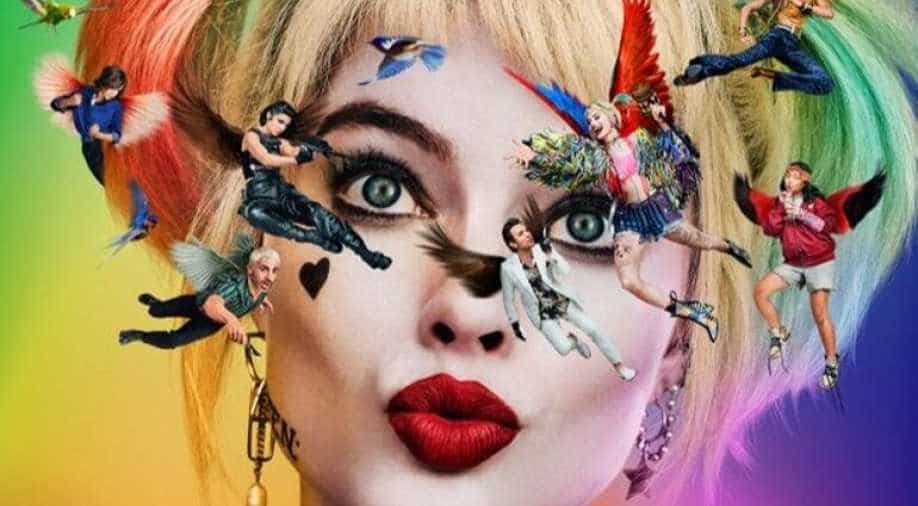 After debuting Quinn in 2016`s `Suicide Squad`, Robbie will reprise the role in this girl-powered spin-off.

It`s Harley Quinn`s time to shine! The first trailer of the upcoming DC film titled `Birds of Prey` is finally out and gives fans a taste of the mayhem that awaits.

The film features Margot Robbie, who is returning as Quinn. The movie`s Twitter handle shared the intriguing trailer, writing, "Emancipate THIS. #BirdsOfPrey in theaters 2.7.20."

After debuting Quinn in 2016`s `Suicide Squad`, Robbie will reprise the role in this girl-powered spin-off.

The trailer shows Quinn dealing with her breakup with Joker, her long-time lover. It features the beloved clown princess, Quinn (Robbie), fresh out of her relationship with Mr. J, and you can tell that she has gone through some stuff because she has a self-administered bob and bangs now.She wanted a fresh start, as she can be seen saying in the trailer, and she learns she isn`t "the only dame looking for emancipation."

Along with her newfound group of girlfriends, Quinn takes on Gotham City in a way she hasn`t ever before.

Chris Messina stepping in as the bad guy Victor Zsasz. The recently released trailer features Quinn`s transformation from Joker`s lover to the leader of the group of women.

The trailer shows Quinn recruiting the women who go on to become the `Birds of Prey` as Edith Piaf`s `Hymne A L`amour` plays in the background."You know what a harlequin is? A harlequin`s role is to serve. It`s nothin without a master," Quinn can be seen saying in the very beginning of the trailer.

"No one gives two s--s who we are beyond that," she continues as she takes a shot."The Joker and I broke up," she explains in the trailer, adding "I wanted a fresh start. But it turns out I wasn`t the only dame in Gotham looking for emancipation."
Cathy Yan has directed the film. The first teaser of the upcoming film, titled `See You Soon`, unveiled in early January 2019.The film is written by Christina Hodson.

Apart from starring in the movie, Robbie is also serving as a producer.Fans won`t have to wait long to see `Birds of Prey (And The Fantabulous Emancipation of One Harley Quinn)`.

The film is set to hit the big screens on February 7, 2020.Robbie will continue to play Quinn in James Gunn`s `The Suicide Squad 2`, which is slated to release on August 6, 2021.