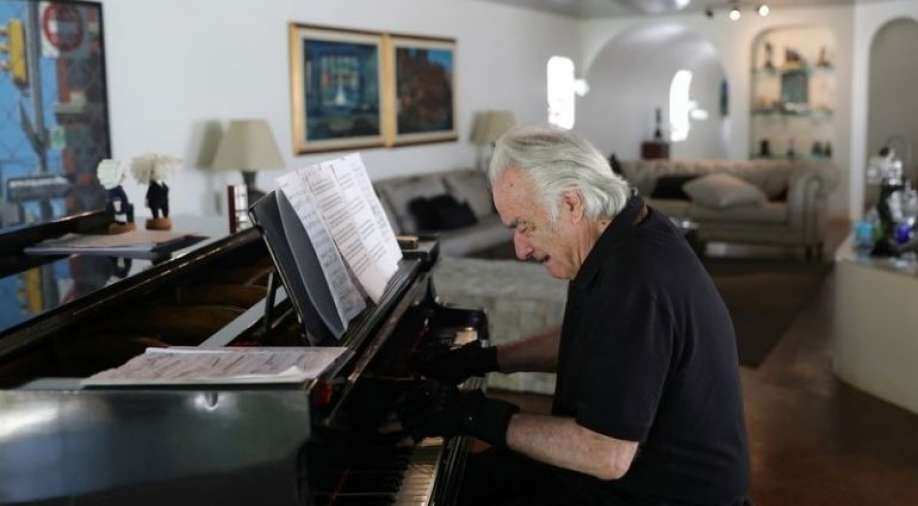 The gloves have rods that make the fingers spring back up after they depress the keys and allow the pianist to continue playing.

Acclaimed Brazilian pianist João Carlos Martins had not played with 10 fingers since he lost the use of his right hand in a 1995 mugging in Bulgaria.

But today he has returned to play his favourite Bach sonatas thanks to "bionic gloves" invented by industrial designer Ubiratan Bizarro.

"When he showed me the gloves, I joked that they were for boxing, not to play the piano," Martins, 80, said of the black neoprene gloves made by 3D printer.

The gloves have rods that make the fingers spring back up after they depress the keys and allow the pianist to continue playing. Martins performed with leading orchestras in the United States and Europe and recorded Bach`s complete keyboard works, but the injuries ended his career. For many years he played with one hand and a thumb but lost the use of the left hand due to focal dystonia, a neurological condition affecting the muscles.

"To be able to use all ten fingers again more than 20 years later is a miracle for me at the age of 80," he said.

Bizarro says he got the idea from Formula 1 motor racing technology. He spent less than $100 to make the first pair for Martins and now exports them to Europe under the brand name Bionic Extender Gloves.