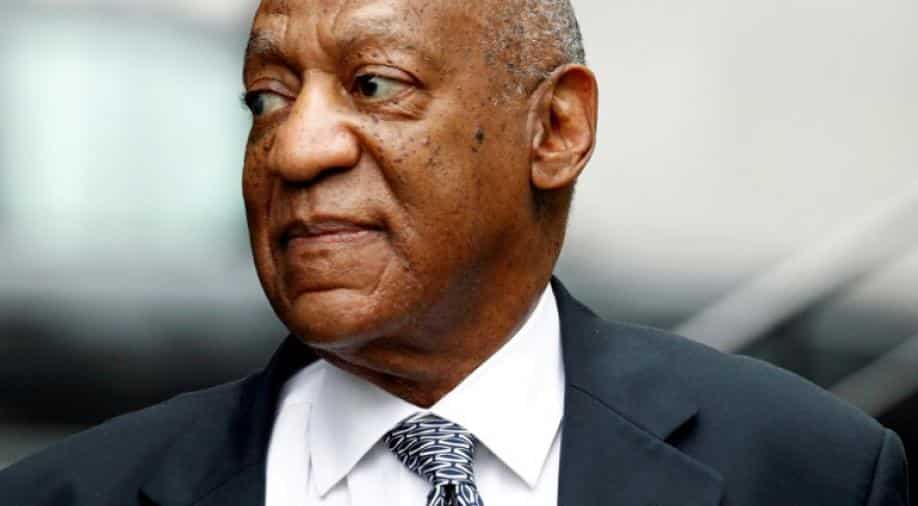 There was no heckling and the audience was generally supportive, clapping and at times laughing. (File photo) Photograph:( Reuters )

Bill Cosby, who played a beloved father figure on the 1980s TV hit 'The Cosby Show' had been found guilty of drugging and sexually assaulting Andrea Constand, a former Temple University administrator, at his Philadelphia home in 2004.

Lawyers for Bill Cosby on Thursday asked the Supreme Court of Pennsylvania to hear his appeal of his 2018 sexual assault conviction, a month after a lower court rejected their argument that the disgraced comedian did not get a fair trial.

Cosby, who played a beloved father figure on the 1980s TV hit "The Cosby Show," had been found guilty of drugging and sexually assaulting Andrea Constand, a former Temple University administrator, at his Philadelphia home in 2004.

With the verdict, Cosby became the first celebrity to be convicted in the #MeToo era.

The Pennsylvania court is not obligated to take up the appeal, a copy of which was provided by Cosby`s spokesman.

In the petition, his lawyers argue that Cosby was unfairly convicted by a jury after a judge allowed multiple women, in addition to Constand, to testify that Cosby had sexually assaulted them as well.

"The trial court`s overriding concern should have been to ensure a fair proceeding on the single charged offense for which Mr. Cosby was standing trial - not to provide a platform to any and all accusers who belatedly wanted their day in court," Cosby spokesman Andrew Wyatt wrote in an emailed statement.

Stacey Witalec, a spokeswoman for the Pennsylvania Supreme Court, confirmed that Cosby had requested an appeal, but it was not immediately clear when the court would make a decision on whether it will consider it.

A wave of sexual abuse accusations against Weinstein helped encourage women across the United States to go public with misconduct allegations against other powerful men, an outpouring that has become known as the #MeToo movement.

Prosecutors brought the charges involving Constand on Dec. 30, 2016, days before the statute of limitations was set to run out.
A first trial ended with a deadlocked jury, but Cosby was found guilty during a second 2018 trial after a judge allowed testimony from five other women who also accused Cosby of drugging and sexually assaulting them.

They were among some 50 women who accused Cosby, now 82, of sexual assaults going back decades, though all the accusations but Constand`s were too old to prosecute. Cosby has steadfastly denied the accusations, insisting all the encounters were consensual.

He is serving a three-to-10-year prison sentence.