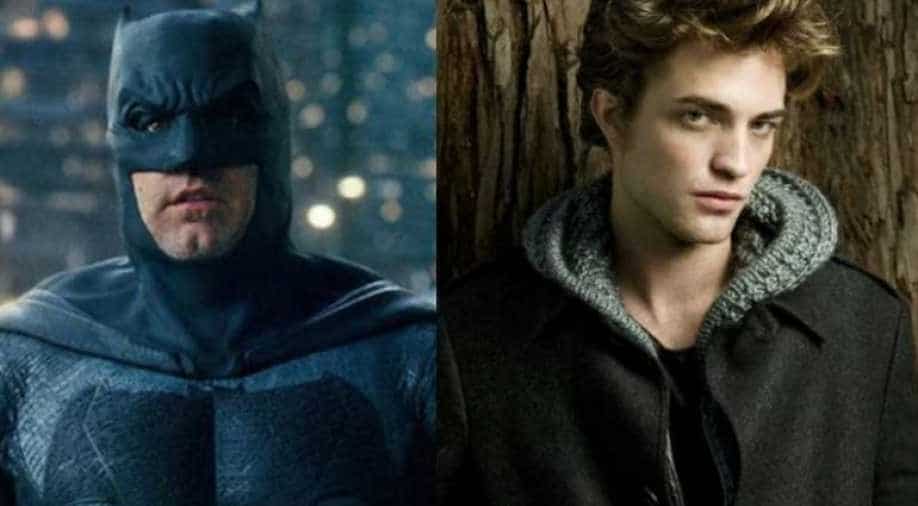 Justifying why he doesn`t consider the iconic comic character as a superhero, Pattinson said, "It`s weird, I always balk at it. It doesn`t count."

While he is all geared up to play the titular role in `The Batman` movie, Robert Pattinson believes that Batman "is not a superhero!"

The `Twilight` star made the comments when he sat down for an interview with Willie Geist for the `Sunday Sitdown` segment on the `Today` show recently.

Justifying why he doesn`t consider the iconic comic character as a superhero, the 33-year-old continued, "It`s weird, I always balk at it. It doesn`t count."

"You need to have, like, magical powers or something," Fox News quoted Pattinson as saying.

Pattinson didn`t spill many beans about his role as Batman but hoped that it won`t propel him to the same level of fame that his 2008 film `Twilight` did.

"I mean there`s a part of me that just thinks it`s impossible to kind of be...what happened with `Twilight`. Because it was just so sudden. And now I`m kind of...I`m hoping it won`t be people hanging outside my place. I just think I`m kind of boring and old now," he explained.
The pre-production on the DC Comics adaptation is expected to start this summer. The movie is being described as having a grounded take on Batman and will feature many of his villains.It is scheduled to hit theaters on June 25, 2021.