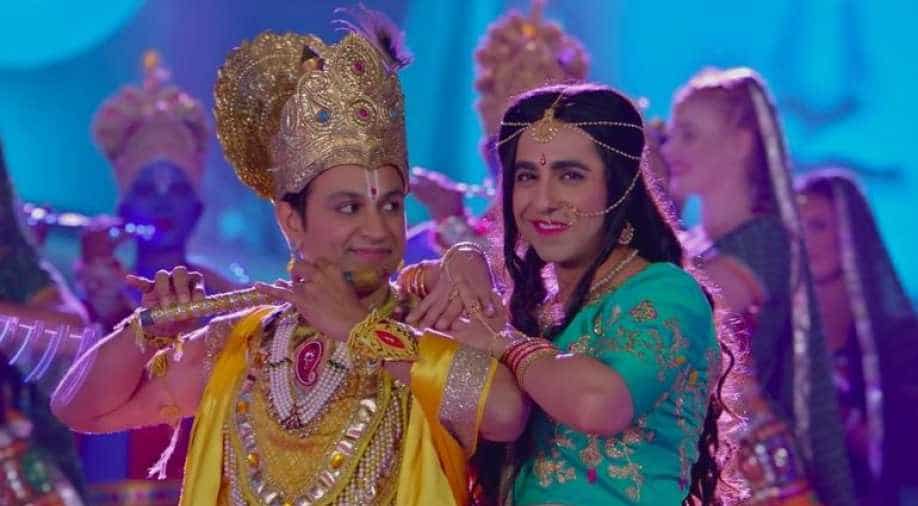 Ayushmann Khurrana in a still from 'Dream Girl' (Youtube grab image) Photograph:( Others )

Apart from Ayushmann, Anu Kapoor will be seen playing the role of the lead actor's father while Nushrat Bharucha will be seen romancing the actor.

Ayushmann Khurrana's latest film 'Dream Girl' witnessed a heroic start at the box office as it minted Rs 10.05 crores on the first day of its release and emerged as the actor's biggest opener till date.

The film in which the 'Vicky Donor' actor can be seen pretending as a seductive tele-caller Pooja, was also the biggest opener in comparison to several mid-range films like 'Uri: The Surgical Strike' which raked in Rs 8.20 crores on the first day, 'Luka Chuppi' which earned Rs 8.01 crores and 'Chhichhore' Rs 7.32 crores.

Film critic and trade analyst Taran Adarsh shared the exciting numbers on his Twitter handle.Taran also gave a brief account of all the first day collections of Ayushmann's films and how 'Dream Girl' stands first on the list of the biggest opener.

Ever since the makers unveiled the poster of the film, fans were too excited to watch the star act like a woman on the silver screen.In the poster, the National Award recipient can be seen sitting on a scooter wearing a yellow coloured saree over a white tee with a set of bangles and rubber slippers: read 'Dream Girl' review here

Apart from Ayushmann, Anu Kapoor will be seen playing the role of the lead actor's father while Nushrat Bharucha will be seen romancing the actor. Backed by Ekta Kapoor, the film is being helmed by Raaj Shaandilyaa.