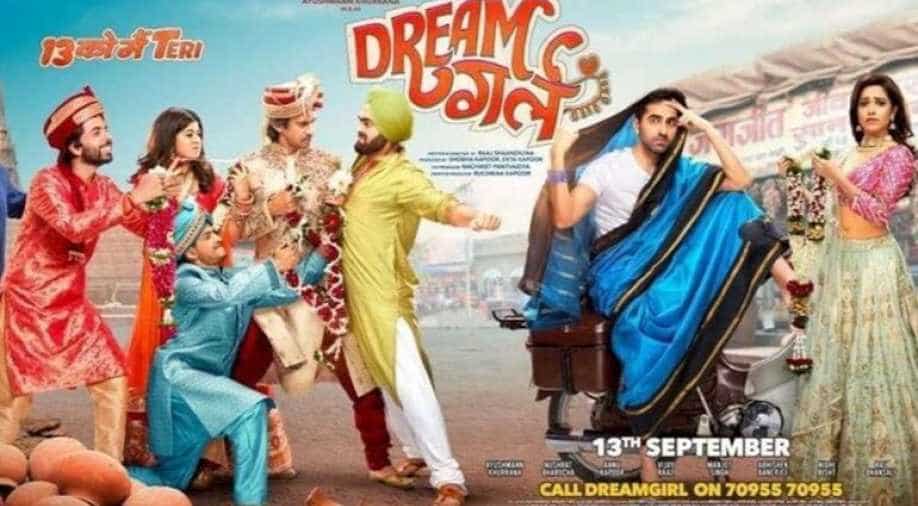 'Dream Girl', tells the story of a small-town man played by Ayushmann, who can perfectly mimic a woman's voice.

The film, which emerged as the actor's biggest opener till date, is now inching closer to the Rs 100 crore mark. The movie, which crossed the Rs 75 crore mark yesterday, has raked in a total of Rs 86.60 crore at the box office.

Indian film critic and trade analyst Taran Adarsh shared the box office collection of the flick on his Twitter handle.

Taran noted that 'Dream Girl' will be Ayushmann's second film to hit a century after 'Badhaai Ho'.

Ayushmann is known for taking up unconventional roles such as 'Vicky Donor', his debut film where he played a sperm donor and Sriram Raghavan's 'Andhadhun', where he essayed the role of a blind pianist trapped in a murder mystery.

'Dream Girl', helmed by Raaj Shaandilyaa, tells the story of a small-town man played by Ayushmann, who can perfectly mimic a woman's voice.

He takes up the job of a telecaller, where he talks to strangers over the phone under a false name - Pooja.

Many of Pooja's callers end up falling in love with her, leading to hilarious consequences.

Backed by Ekta Kapoor, the film hit the screens on September 13.