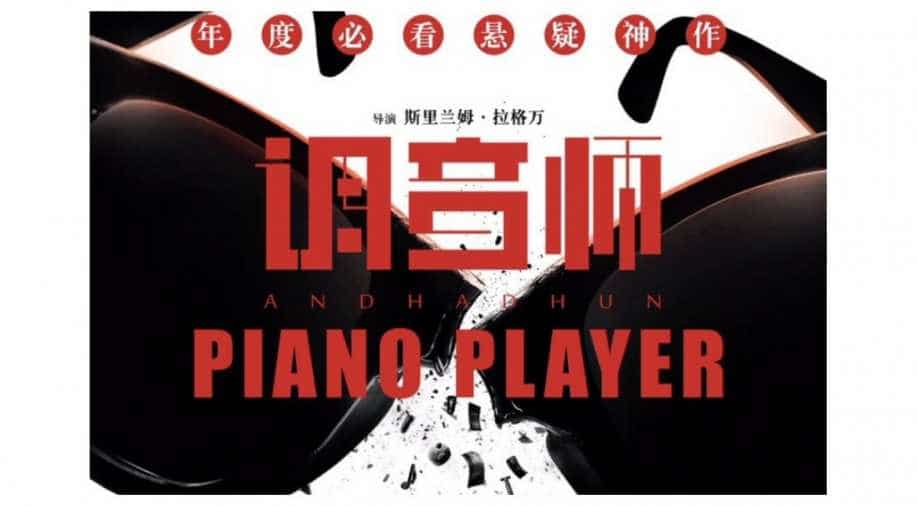 ‘Andhadhun’ released in India on October 5 and is inspired from the 2010 French short film L'Accordeur (The Piano Tuner).

Ayushmann Khurrana starrer ‘Andhadhun’ is now headed to China. One of the most successful films of 2018, it will release in China as ‘Piano Player’ considering the main lead character is that of Ayushmann’s who is a blind pianist who accidentally gets caught in the middle of a murder crime.

China has proved to be an important market for Indian Hindi films that have found success there. Previously Aamir Khan’s films like ‘Secret Superstar’, ‘Dangal’ have done good business. Even Salman Khan got his films released there, out of which ‘Bajrangi Bhaijaan’ did good numbers.

#NewsBreak: #AndhaDhun to release in #China as #PianoPlayer... Viacom18 Studios along with Eros International partner with Tang Media Partners to release the thriller in China... Poster for local market: pic.twitter.com/lkA8Xr0sia

Commenting on the same, Ajit Andhare, CEO of Viacom18 Studios said, "I am happy to announce that Viacom18 Studios has secured its maiden release in China and that too with our favourite film 'Andhadhun'. I am very excited about our film's prospect at the China box office and celebrating what is a major first for the studio."

‘Andhadhun’ released in India on October 5 and is inspired from the 2010 French short film L'Accordeur (The Piano Tuner). It is produced by Viacom 18 Motion Pictures and Matchbox Pictures. Apart from Ayushmann, it features Tabu, Radhika Apte, Zakir Hussain and Anil Dhawan in pivotal roles.