Ayushmann Khurrana on comparison between 'Bala' and 'Ujda Chaman': We were the first ones to have this idea in Hindi cinema 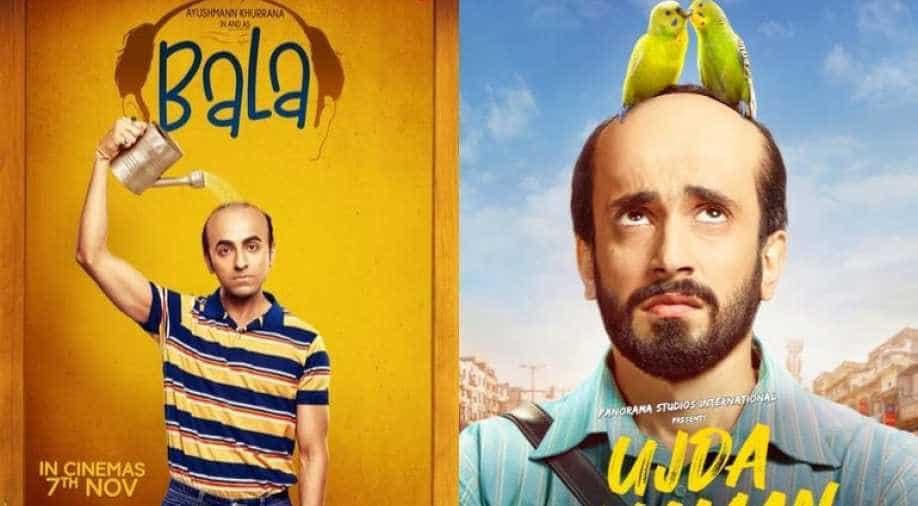 "We were the first ones to have this idea in the Hindi cinema and moreover it was shot first, our teaser also came first," said Ayushmann about the controversy around 'Bala' and 'Ujda Chaman'.

Makers of 'Ujda Chaman' and 'Bala' have been emroiled in a bitter war of words as both the films are based on the saem theme. The trailers of the two films came out around the same time and Abhishek Pathak, the director of 'Ujda Chaman' had earlier even threatened to take legal action against 'Bala' as the latter preponed its release date in order to clash with the former.

'Bala's' leading man Ayushmann Khurrana recently opened up about the controversy to a news agency and said, "We were the first ones to have this idea in the Hindi cinema and moreover it was shot first, our teaser also came first."

"But apart from that, it should be all positive. We are not here to pinpoint on others, or talk behind their backs," said the actor.
Earlier Abhishek Pathak had claimed that his film 'Ujda Chaman' was an official remake of 2017 Kannada film 'Ondu Motteya Kathe' and he had acquired the official rights for a remake.

Khurrana's co-star in the film Yami Gautam called 'Bala' relatable. "If I go back to Vicky Donor, then I think we got to know that the audience is ready for a change. They want to watch films and cinema with which they can relate themselves and talk about it," said `Uri: The Surgical Strike` star.

"Bala I think has been made at the right point of time as the problem of hair loss in men problem is so much prevalent but nobody wants to speak about it. We all know it as it`s about complex and our insecurities and I think the change has come," she added.
Known for travelling long distances to fit into the shoes of his character, Ayushmann who had used prosthetics for the film recollected his theatre days when he went completely bald for a play.

"I remember I had shaved my head during the initial days of acting when I was doing theatre. I did a play called Kumara Swami where I went completely bald and not just me there were 12 other boys who underwent this transformation because the director felt that it would visually appeal to the audience," he shared jokingly.

Adding, the National Award winner said, "I can still recollect entering the house while wearing the helmet and getting badly scolded from my father. In fact, for 'Bala', I was ready to go bald but since we had to show different stages of receding hairline, I just couldn`t."