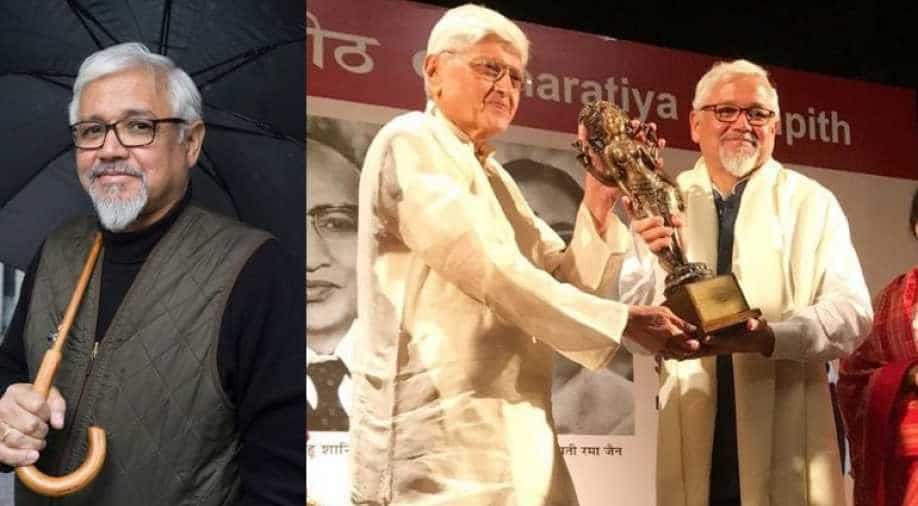 The Indian literary award is presented annually by the Bharatiya Jnanpith to an author for their "outstanding contribution towards literature".

Eminent author Amitav Ghosh, who on Wednesday became the first English writer to be conferred with Jnanpith Award 2018, said he "draws constantly from Bangla and its vast imaginative resources".

The Indian literary award is presented annually by the Bharatiya Jnanpith to an author for their "outstanding contribution towards literature".

After receiving the award, Ghosh said, "English is, not by any means, my only language. Nor would mine work be what it is if I had grown in a circumstance where one language pre-dominated over all others.

"... Like even though I write in English I draw constantly from Bangla and its vast imaginative resources," he said.

He thanked the Jnanpith Selection Board and its chairman eminent novelist Pratibha Ray for the honour, and said when he started writing "many many years ago" he had never imagined that one day an award like Jnanpith would come his way.

"For me, or anyone who has grown up in the Indian literary milieu, the Jnanpith recognition is more than an award because it recognises things beyond literary achievements," Ghosh added.

Ghosh, a Padma Shri and Sahitya Akademi awardee, is known for a series of novels such as 'Shadow Lines', 'The Glass Palace', 'The Hungry Tide', and Ibis Trilogy -- 'Sea of Poppies', 'River of Smoke', 'Flood of Fire' -- chronicling the Opium trade between India and China run by the East India Company and 'The Great Derangement; Climate Change and the Unthinkable, a work of non-fiction'.

His recent novel 'Gun Island' is set for its official launch on Thursday.

Speaking on the occasion, former West Bengal governor Gandhi was all praises for the author, who, he said was a "craftsman" whose work comes from a "sinews of effort no less than the strokes of inspiration".

"Ghosh's material are drawn from the human condition. His resources are the offsprings of study. His achievements are progeny of art and his books are rich in what can only be called minerals," he added.

Some of the biggest Indian writers have been awarded with this prestigious literary recognition. Major names among the 58 recipients include literary icons Krishna Sobti, Kedarnath Singh, Shrilal Shukla, Nirmal Verma, Girish Karnad, Mahasweta Devi, Amrita Pritam and U R Ananthamurthy.
Instituted in 1961, the recipients of Jnanpith award are given a cash prize of Rs 11 lakh, a citation plaque and a bronze replica of Goddess Saraswati.