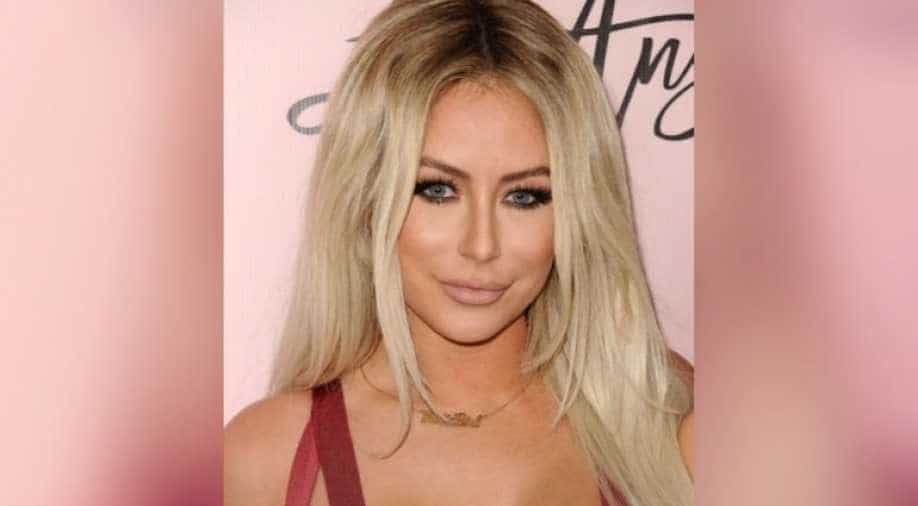 Aubrey O' day recently made headlines when she claimed an American Airlines attendant forced her to remove her shirt in front of the entire plane.

American singer-songwriter Aubrey O'Day has slammed rumours about undergoing plastic surgery after being criticised by fans over allegedly going under the knife. According to a news agency.

The 35-year-old star said any changes in her look are because ''I know all the tricks. I've had lip fillers and Botox. I put a lot of filters," O'Day told a magazine.

"I know all the tricks and I use them''. The 'Ride For You' singer said that she doesn't let her haters get to her anymore. No, not at all. When I was 17 maybe, she told the outlet.

''I think the worst comment I ever read, and then I didn't read anymore, was, She looks like an old leather handbag that's been put in the dryer 15 times. That was one of my faves". She further explained how she learned to have thick skin.

"By being on reality TV since I was 17 and being called a leather handbag that's been jugged through the dryer 15 times since I was 17, It's all silly," she shared. "I look in the mirror. I know what I look like. I love me! I'm the happiest I've ever been ", O'Day added.

"I wish I was youthful in regards to my energy. I can't do Barry's Bootcamp twice a day anymore. As I get older, there's so much pressure on women to be skinny or to have tinier bodies and every little inch that I gain I'm so affected by it, and I've gotten to a place that I'm like, I'm healthy, I don't take drugs, I barely drink, I exercise every day and I feel mentally happy. I don't need anything other than what I'm doing because it's working for me".

O' day recently made headlines when she claimed an American Airlines attendant forced her to remove her shirt in front of the entire plane.