Asha Bhosle gets honoured with doctorate degree by Salford University 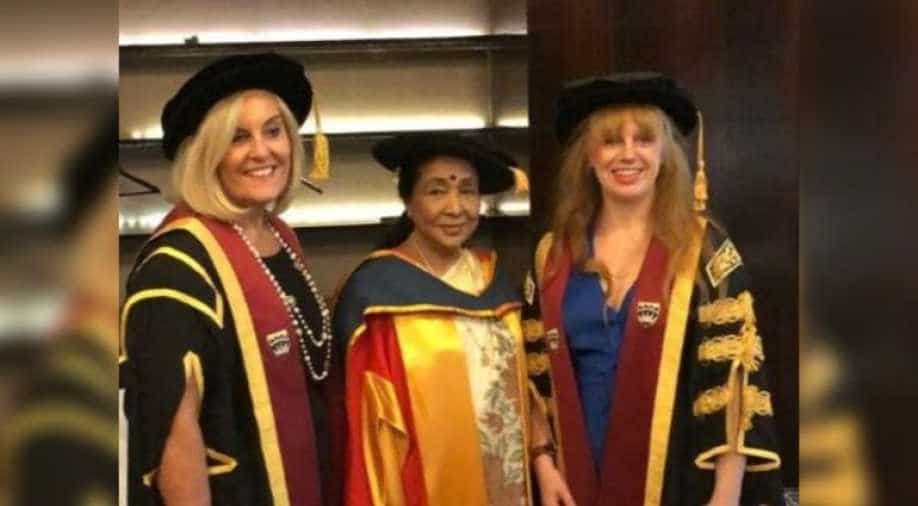 Ace singer Asha Bhosle has been a recipient of the Dadasaheb Phalke Award in 2000 and the Padma Vibhushan in 2008.

Ace singer Asha Bhosle, has added yet another feather to her cap.She was conferred with an honorary doctorate on Monday by the University of Salford in Greater Manchester, England.

The 'Zara Sa Jhoom Loon Main' singer shared the news on Twitter. "Receiving the Doctorate from the University Of Salford," she wrote alongside a photo in which she can be seen receiving the degree clad in a red and silver robe.

Receiving the Doctorate from the University Of Salford pic.twitter.com/krXLPx1wIz

Fondly called 'Asha Tai', the songstress has won several other prestigious awards including the Guinness Book of World Records as the most recorded artist in music history, in 2011.

Getting ready to receive my doctorate today from the University of Salford pic.twitter.com/xoHkZzHtUt

The singer has provided playback for smash hits like 'Parde Mein Rehne Do', 'Piya Tu Ab To Aaja', 'Dum Maro Dum', among many others.

Bhosle has been a recipient of the Dadasaheb Phalke Award in 2000 and the Padma Vibhushan in 2008.